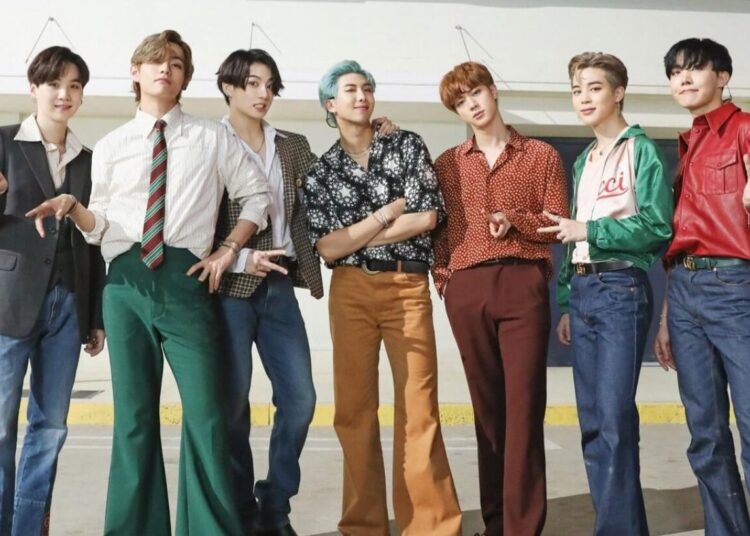 The successes continue for BTS after their great return to face-to-face concerts. On March 24th, “Dynamite” entered the list of the 100 most listened to songs of all time on Spotify. Find out here which song the K-pop group’s first single in English surpassed to reach this new record.

BTS’ “Dynamite”, a song available on Spotify, has recently received a large number of views, accumulating 1,296,372,970 views on the platform, which is enough to surpass Charlie Puth and Selena Gomez‘s “We don’t talk anymore“.

.@BTS_twt's "Dynamite" now ranks among the top 100 most streamed songs of all-time on Spotify. It's the only song by a Korean act to reach the list (1.296 billion).

Immediately, BTS’ “Dynamite” entered the top 100 most listened to songs of all time on Spotify and his followers celebrated a new triumph for his artists, because, according to the platform’s website, there are more than 82 million songs on Spotify, so the top 100 is a resounding success for Bangtan.

You may als like: Find out the details of NCT Dream’s comeback with ‘Glitch mode’

BTS premiered “Dynamite” on August 21, 2020 and since then it has not only attracted the attention of its own followers, but has also become the most popular K-pop artist worldwide. The song is completely in English and is available on various music platforms.

The music video for BTS’s “Dynamite” exceeds 1.4 billion views on YouTube and is part of the only BTS MVs to surpass that figure along with “DNA” and “Boy with luv“, collaboration with Halsey.