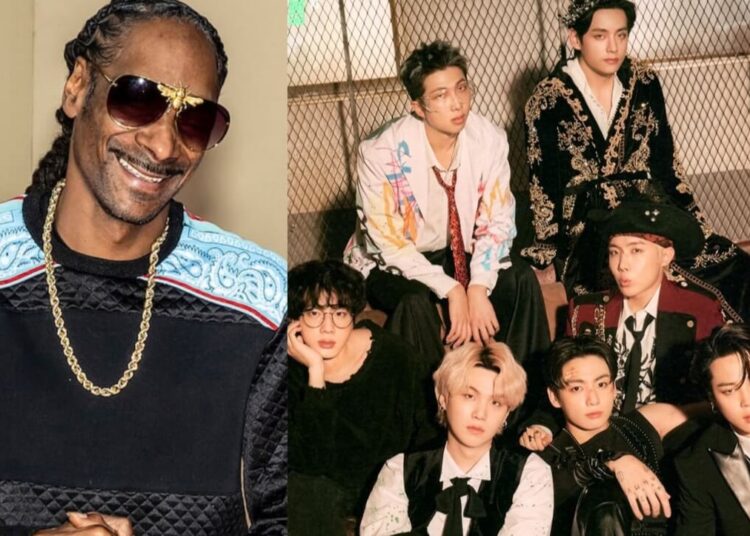 Have you ever imagined a partnership between BTS and veteran rapper Snoop Dogg? If it depends on what the American says, this junction will happen. That’s what he said in an interview with “The AV Club” in a direct interview with the new program “American Song Contest”. The rapper was very direct on the subject when asked:

“The BTS experience you keep talking about. I’ll let you talk about it. It’s official like a referee with a whistle. I love this entertainment world. It’s good music. It’s a vibration. I make good music. They make good music. And we ended up doing it. That’s what it’s always been about, bringing our worlds together“, he blurted out.

“I have a group called BTS that is waiting for me to do a song with them right now. And I’m trying to figure out if I have time to do this shit“, said the rapper.

You may also like: SEVENTEEN will release their first single in English before their next comeback

He needed his nephew’s help to discover that BTS is a global phenomenon.

“[He] showed me five motherfuckers that look like the Asian New Edition”, says Snoop.

“I told you it was a good thing”, he blurted out.

Snoop Dogg has worked with K-Pop artists before. Some examples are Girls Generation and 2NE1, as well as Psy, the famous singer of Gangnam Style.