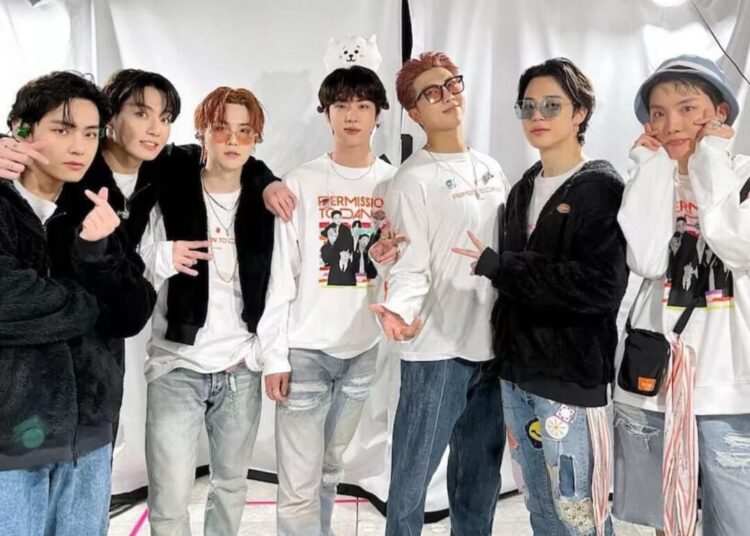 South Korean stars BTS continue to participate in the projects of prestigious brands, such as Coca-Cola, Calvin Klein, Hyundai, McDonald’s and Samsung. Now it is the turn of the Garena Free Fire game, which began to hint at a possible collaboration with the K-pop group from February 25th, 2022.

ARMY suspected this association of Bangtan with Free Fire because in a publication of the video game account the silhouette of seven people appeared with a purple background. Additionally, the description kept fans on their toes:

“They want to rule Bermuda too! You know who they are? Wait for them!”

On Thursday, March 17th, 2022, an image appeared indicating the elements that were going to be placed for the BTS × Free Fire collaboration. These consisted of costumes for the game’s characters, cars, surfboards, pets, and one of the most impressive objects are the skins, made by the Bangtan boys.

You may also like: GOT7’s Youngjae is surprise from his groupmates while first solo fanmeeting

Likewise, the Garena Free Fire channel has posted a video to announce the members of BTS as the new ambassadors of the game. For their part, the boys mentioned some surprises for the players and an invitation for ARMY, so that they are attentive to the next updates and events.

BLACKPINK: Jennie and Rosé worry fans with this sad confession

BTS: Jungkook joins J-Hope on the release of his debut album “Jack In The Box”