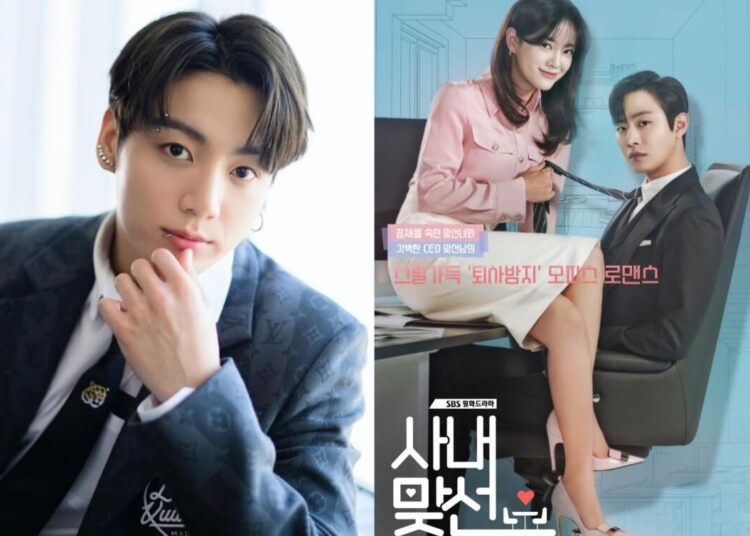 “Business proposal” is one of the most popular Korean dramas right now. Its hilarious plot has caught on with the youthful audience and Jungkook also admitted to watching all the episodes that have aired so far.

The BTS member opened a “suggestion box” on his personal Instagram profile and asked for recommendations for hanging out. One of the messages he received was to do a “Business proposal” marathon.

“I finished it already!” he replied about the six chapters that have been released until March 15.

The mention of the series was not ignored by the director of the kdrama. PD Park Sun Ho expressed his thanks to BTS’s Jungkook as the audience for the drama.

“After seeing Jungkook’s post, I wanted to show off a bit so I took a screenshot of it and share it here. Jungkook, I really appreciate it. It is an honor for me” he wrote.

“In one of the episodes that haven’t aired yet there is a line that says ‘a handsome man who looks like Jungkook’, so don’t be surprised when he sees it. Our writer is an ARMY and I have never seen her be as happy as she is now.

I learned today that there are people who smile so brightly for Jungkook, thank you very much,” the director of “Business proposal” concluded.

Two actresses from “Business proposal” also reacted to the PD post. These are the messages from Kim Sejeong and Seorina. The drama releases new episodes every Monday and Tuesday.

It airs on tvN and will enter Netflix on April 4th.