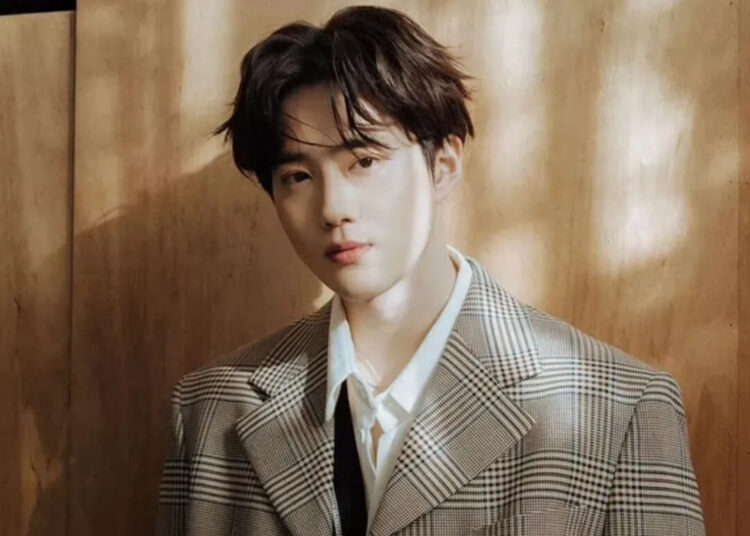 EXO‘s Suho has been in contact with his fans since his discharge from the military on February 12th, 2022, where he spent a total of 641 days performing his duty as a citizen of South Korea. Now, the vocalist of the boyband gave hints for his comeback.

The official account of EXO, which is run by SM Entertainment, posted images of yellow flowers with the text “Suho, Gray suit”, stating that the singer will be coming back with a second mini album since his debut in 2020. The name of this new production confirms the theories that EXO-L mentioned after an unpublished video published on social networks.

Suho’s next album does not yet have a release date. However, SM Entertainment is expected to report the song’s name, videos, and photos in the coming days, along with the promotion schedule.

You may also like: Stray Kids’ Bang Chan praises BTS’ Jungkook “He’s good at everything”

On February 19, 2022, Suho scheduled a live with his fans titled “Suho’s Resume for EXO-L Inc.”, where he answered some questions that the EXO-L fandom had. In one of his comments, he indicated that he would come back with more content and promotions that will be like a gift to everyone.

Also, at the end of the broadcast, a mysterious video appeared that gives a spoiler of what would be Suho’s next comeback. Here a forest with fog is shown and, in the middle of it, a gray suit. As soon as it came out, fans commented that these are references to Sloan Wilson‘s 1955 book “The Man in the Gray Suit“.