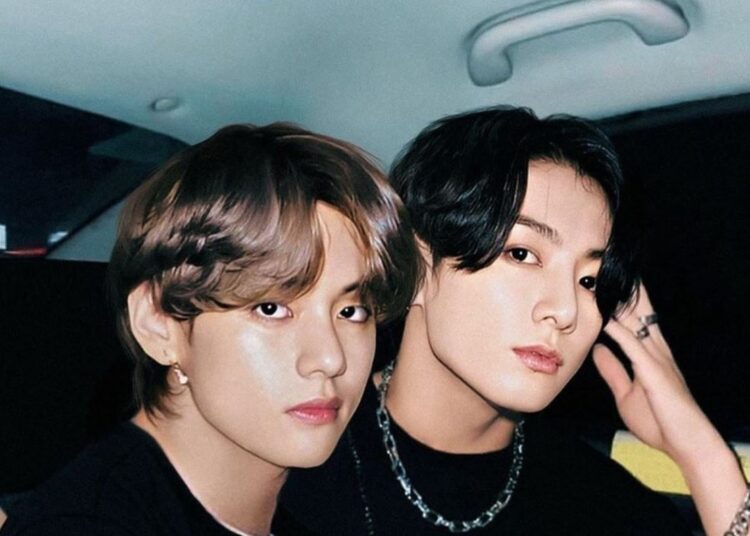 Taehyung and Jungkook starred in one of the highlights of ‘BTS Permission to dance on stage Seoul’ day 2. In the middle of the concert, held on Saturday, March 12, V surprised by giving his ring to the maknae in front of thousands of ARMYs, while singing the touching song “Life goes on”.

As expected, the fandom’s reaction to seeing this interaction was one of excitement. Unfortunately, this sweet live moment ended in a matter of seconds, because the youngest Bangtan member dropped the ring on stage as soon as he held it in his hands.

ARMY is now wondering about the fate of the ring, as what happened between TaeKook, one of the most beloved duos for fans of the acclaimed k-pop septet, is trending again.

You could also be interested in: BTS’ Jungkook worries security after nearly suffering a dangerous fall.

Neither Taehyung nor Jungkook have talked about the meaning of the ring, for the time being. Meanwhile, ARMY teases on social media that there will be a wedding between TaeKook and highlights that this is a show of love and respect between the idols, who have forged a strong bond having shared almost 10 years as members of BTS.

Fans also recalled that this is not the first time that ‘Golden maknae‘ received a ring from his ‘hyungs’ at concerts. In the past, Jimin took it upon himself to put this accessory in their hands.

iKon confirms comeback for 2022. Check out the details

BTS’ Taehyung cries before going to sleep in “IN THE SOOP: Friendcation”.