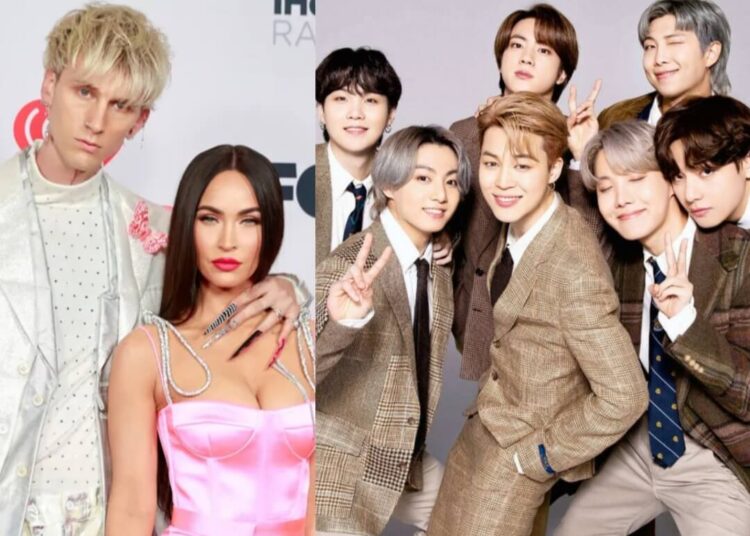 The marriage plans between Machine Gun Kelly and Megan Fox were announced on January 12, 2022. Now, the preparations for this important day of the couple began, and recently the singer expressed his wish that BTS appear at his wedding for an exclusive presentation.

This information was revealed by Colson Baker, real name of Machine Gun Kelly, during an interview on “The Ellen DeGeneres show“. She asked him about which artists she wants to have at her wedding.

“Which boyband am I going to know more songs from? Sure, NSYNC. But which boyband do I surprisingly know all these facts about? BTS”, said the singer to the presenter.

You may also like: ATEEZ announces new world tour dates after postponement

At the moment, the Big Hit Music company has not confirmed the band’s attendance at the MGK and Fox wedding. It should be remembered that BTS is busy doing their “Permission to dance on stage” tour in Seoul and will soon be in Las Vegas. Likewise, its presentation is expected at the 2022 Grammy Awards.

During the 2021 Billboard Music Awards, BTS ran into Machine Gun Kelly in the bathroom. The boys felt embarrassed as they couldn’t speak to him fluently. Despite this, the singers felt a connection and are now friends.