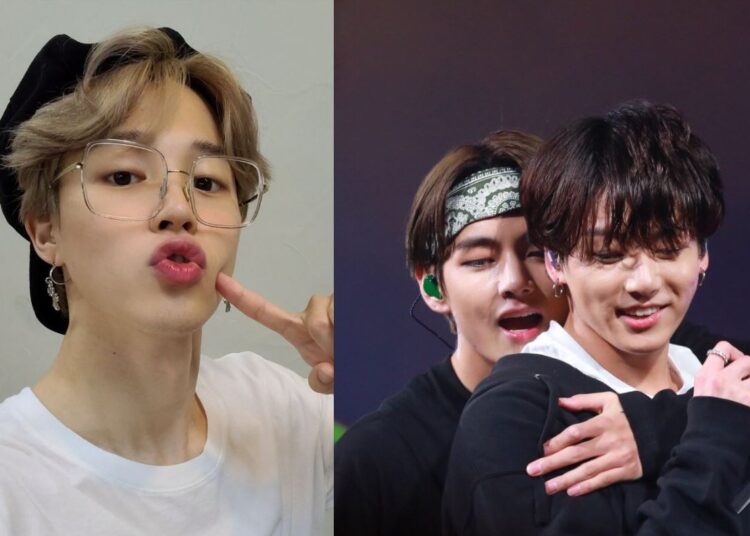 Jungkook has revealed that he “no longer trusts” V. The BTS members are great friends, but they have had their differences and arguments over the years. The youngest member revealed that his partner is a “traitor” for a funny reason.

Living together 24 hours a day and knowing each other for over 8 years is not easy, the BTS guys have different personalities that can sometimes clash. For example, Jimin and V have argued over rehearsals and food, Jungkook also had a fight with his bandmates, but they have managed to overcome their differences.

When there’s a kitchen, taekook is always on “they cook” mode. So domestic ?

Staying in shape is one of the idols‘ priorities, as they require great condition to dance and sing on stage. BTS’ Jungkook on more than one occasion has shown off his toned abs; moreover, they sometimes go on diets before releasing a new album, as they want to look their best.

You could be interested in: JYP Entertainment under fire for similarities between NMIXX and ITZY greetings.

However, Golden Maknae revealed that Taehyung is a friend who cannot be trusted. On one occasion Jungkook was on a diet and his partner seduced him to eat meat. Jimin was in charge of telling this funny story, as he claims that he is the worst because he tempts his members with delicious food.

This made ARMYs laugh, as they said it’s not easy to follow a diet and even less so if V betrays Jungkook like that. In the past, fans have also worried about Jimin and JK, as both of them have undergone rigorous diets, overexerting themselves and being the target of malicious comments.