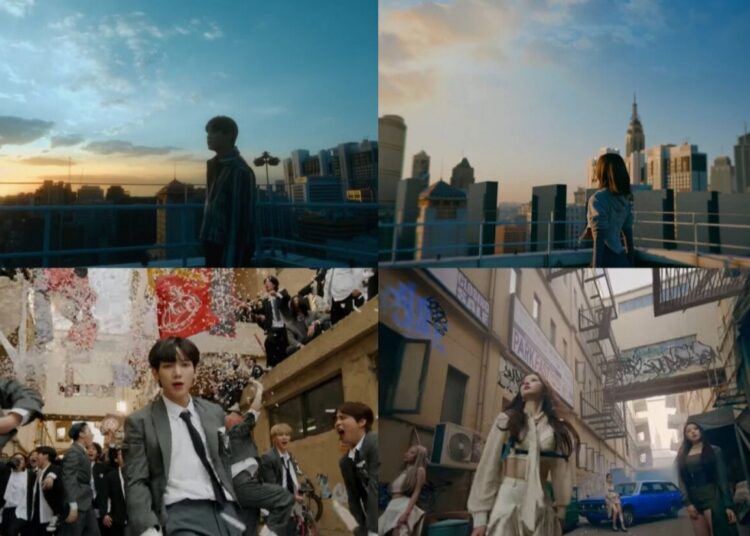 On Tuesday, February 22, ATEEZ fans accused agency JYP Entertainment of plagiarism due to the concept of their latest girl group NMIXX‘s debut MV.

Recently, boy group NMIXX debuted their first single album “AD MARE” and the music video for title track “O.O“. However, a few hours after their debut, ATEEZ’s fandom ATINY showed their annoyance through social media due to various scenes in the MV and the girl group’s concept being similar to ATEEZ’s.

ateez the blueprint indeed but what the fuck pic.twitter.com/AKPtyTm6T7

The ATINY fandom trended this controversy on Twitter claiming that when comparing the concepts of NMIXX and ATEEZ they had a great resemblance. The boy group since their debut demonstrated the concept of “pirates in search of utopia“, being similar to the JYP Entertainment group.

You may also like: BTS announces four shows in the USA, check the details

This can be confirmed through NMIXX’s “New Frontier: Declaration” video where, according to ATINY, it tells the same ATEEZ storyline. Likewise, it was also mentioned that NMIXX’s “O.O” music video contains scenes similar to ATEEZ’s “ILLUSION” video. Some of the same shots are the appearance of a pirate ship, the tonalities, the recording set, among others.

BTS revails details about song ‘Yet To Come’ and ‘PROOF’, their new album

The iconic squirrel from Ice Age is not in the new movie, here’s why