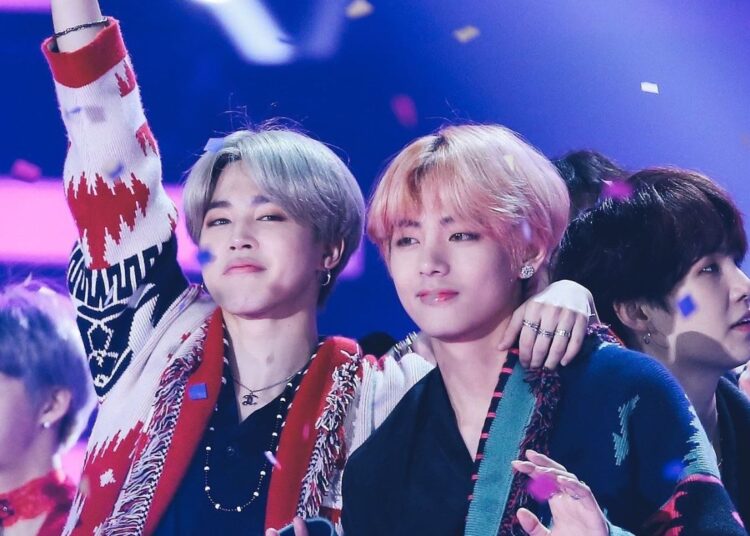 When the members of BIG HIT worked at BTS World, they also collaborated with a child actress named Lee Hanseo, and this little girl caught the eyes of fans. However, when the behind-the-scenes of the filming came to light, a sweet moment appeared.

This happened because when the work on the recordings was finished, V approached the little girl to say goodbye to her and told her that they should say goodbye happily, but Hanseo couldn’t stop crying.

Taehyung tried to comfort her and then Jimin followed in his footsteps telling the girl that they could meet again later to play, but nothing seemed to have an effect.

You could also be interested in: BLACKPINK’s Lisa reacts to the incredible success of her song ‘MONEY’.

This is not the first time that we have seen Vmin interact with children, in fact that has happened on several occasions because sometimes the little ones come to visit the set for any reason.