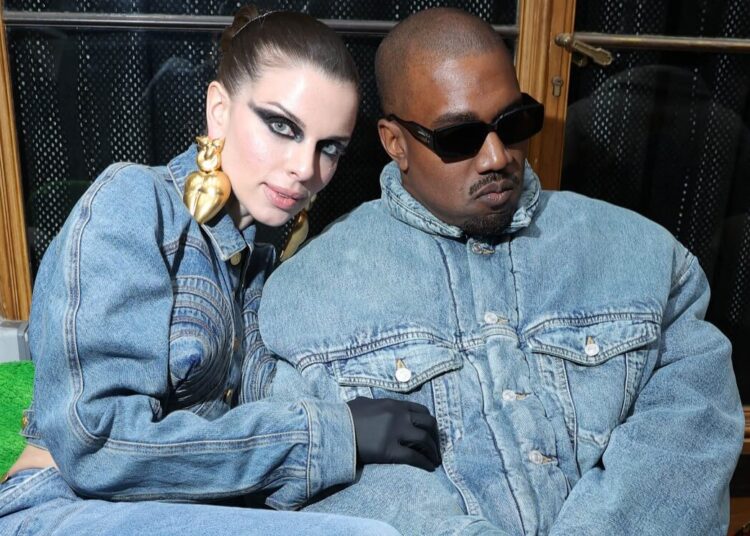 Kanye West has done everything to “get his family back” and a good part of his actions are based on attacks on Pete Davidson on social media. In recent days, the rapper has shown that he is missing his ex-wife Kim Kardashian, which has raised suspicions about his relationship status with Julia Fox.

According to the Daily Mail newspaper, the actress ended her relationship with the album owner “Donda“. Julia deleted all her pictures of her with Kanye and liked a picture of Kim on Instagram. Among her controversial posts, West stated that he would like his “wife” to be with him and for his family to stay together.

“Why not see me for what I am which is a #1 hustler. I came up yall lol and not only that but Kanye and I are on good terms! I have love for him but I wasn't in love with the man Jesus Christ what do yiu think I am, 12 years old?!”

This Monday, the artist shared comments from fans who were supporting him on social media. “Thank you guys for your support of my family. My family means more to me than any other accomplishment in life“, Kanye wrote.

In other related news, Kanye West posted on his Instagram on Thursday, February 10th, asking Billie Eilish to apologize to Travis Scott. It all started when the rapper shared a news shared on social media, which suggested that an attitude by the singer, who stopped a show to help a fan, on Saturday, February 5th, would have been an indirect to Scott.

Last weekend, Billie stopped a show when she saw a fan with an asthma attack in the audience. Despite the attitude being praised by many, West interpreted the situation in a different way and reposted on social media the headline, mentioning the situation, saying that she would have needled Travis Scott.

“Come on Billie, we love you. Please apologize to Trav and the families of the people who lost their lives. Nobody intended for this to happen. Trav had no idea what was happening when he was on stage and he was very hurt by what happened” said Kanye on Instagram.

However, in the comments of Kanye West’s post, Billie Eilish responded to the messages.

“I literally never said anything about Travis. I was just trying to help a fan”, added the star.

Jungkook finally gives a closer look to his arms tattoos