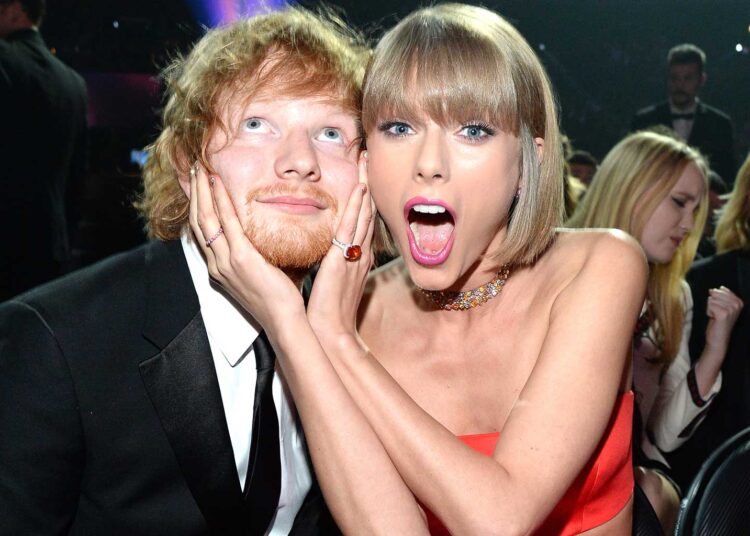 Ready for a love card game? As promised, singer Ed Sheeran released this Thursday, February 10th on major digital platforms his newest single, “The Joker And The Queen“. The track, a partnership with the singer Taylor Swift, also had its clip released simultaneously on the British YouTube channel.

The video follows up on events seen in “Everything Has Changed” the two artists’ collaboration released in 2013. Watch:

This isn’t the first time Ed and Taylor have released a song together. The musician has already collaborated with the American singer in “End Game”, track from the album “Reputation”, and in the songs “Run”, from the album “Red”. Relive the clip for “Everything Has Changed” in the player below:

In other related news, Ed Sheeran took the stage at the BRIT Awards 2022 on the afternoon of last Tuesday, February 8th, night there in London, and presented his mega hit “Bad Habits”, single from the album “=”, (equals). The event is being broadcast directly from the O2 Arena, home of the British awards.

At the end of the ceremony, he returned to the stage for a more intimate performance of “The Joker And The Queen”. The artist was one of the first to arrive at BRITS 2022 and even walked the event’s red carpet, parading in a blue velvet suit. For his performance, Ed Sheeran changed clothes and took on a more laid-back look.

You may also like: Katy Perry gives tips not to put on pressure on you for numbers

In a very rock n’ roll approach, the artist stirred up the BRITS audience with lots of pyrotechnics and dancers on stage. The presentation also had the participation of Oliver Sykes, lead singer of Bring Me The Horizon. After all the awards, Ed returned to the stage to perform “The Joker And The Queen”.

RM says he’s jealous of Jin for an unusual reason

Selena Gomez was on a date with a NBA player