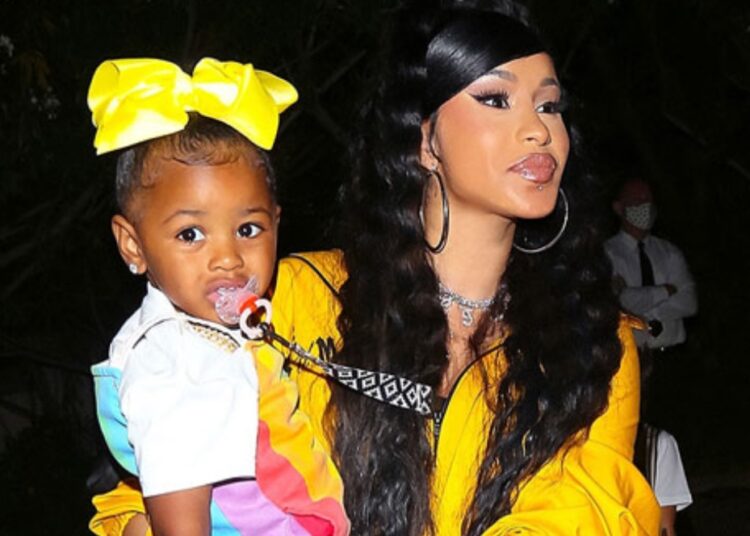 It seems that with each passing day, humanity uses the technologies at its disposal with less intelligence and respect. After Cardi B discovered that her daughter Kulture’s Instagram profile was receiving negative and even offensive comments, the rapper decided yesterday, February 7th, to make it private.

The information was released on her profile on Twitter, where the artist shared some prints of such messages that made her make this decision. Look

“Haven’t been checking my daughter’s account but now I’m going to lock her page… I don’t know wtf is going on but I hope y’all moms die giving birth to you h*e a*s weirdos”, Cardi B wrote .

The rapper created the profile for her daughter on the social network in September 2020. Currently, he has just over 2.3 million followers. It is worth remembering that Kulture is only 3 years old.

In other related news, Cardi B has won an arduous legal battle against YouTuber and blogger Tasha K, who launched a “malicious campaign” against the rapper in order to tarnish her reputation on social media.

You may also like: Kanye West says Kim Kardashian accused him of hitting her

The owner of “Wap” has filed a lawsuit accusing the blogger, whose real name is Latasha Kebe, for reporting that she had cheated on her husband, rapper Offset, had contracted herpes and HPV, worked as a prostitute and used cocaine.

The rapper’s lawyers argued that the star had suffered “embarrassment, humiliation, mental anguish and emotional distress“.

Cardi B has been awarded a total of $3.8 million in defamation lawsuit against YouTuber Tasha K. pic.twitter.com/XBUR0wfqtG

According to TMZ, Latasha was found guilty of defamation, invasion of privacy, and causing emotional distress. The YouTuber will have to pay Cardi B US$1.25 million for general damages, in addition to US$ 250,000 for medical expenses.

BLACKPINK’s ‘Ready For Love’ music video is coming this week