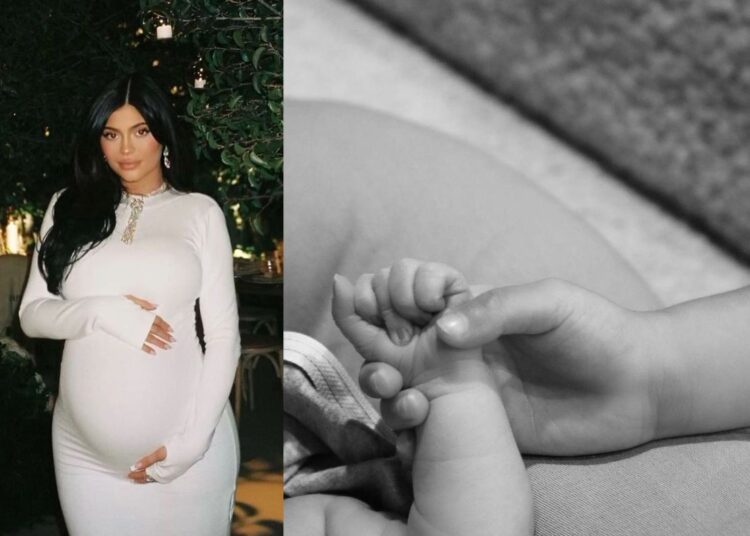 Kylie Jenner has not yet announced the name of her new son, but many believe that he will be called Angel. The youngest sister of the clan known as the Kardashians revealed on Instagram this Sunday that she gave birth to a baby boy on February 2nd.

She made her announcement by posting a cute photo showing only her hand holding her baby’s wrist. “2/22/22,” she said tersely, prefacing her message with a blue heart to indicate the baby’s gender.

The congratulations did not wait. “Angel cake,” Kris Jenner, the Kardashian and Jenner matriarch, said in reaction to the announcement. “I can’t wait to meet the little angel,” said Ariel Tejada, Kylie’s makeup artist.

Kim Kardashian, meanwhile, included an angel emoji in her congratulations, while Stassie Karanikolaou, a close friend of the youngest of the Jenners, reacted by saying: “Baby angel“. After seeing comments like these, many Kylie followers have deduced that the baby’s name will be Angel.

You could also be interested in: Aespa’s Giselle is victim of xenophobia in the United States according to fans.

“I’m going to say it now, Kylie’s baby name is Angel. Write it down,” said a fan on Twitter. Other fans noticed another supposed sign: Last month at Kylie Jenner’s baby shower there was an embroidery craft with the phrase, “Baby Angel,” according to photos the Kylie Cosmetics founder posted on Instagram, Kylie revealed de name accidenatlly.

“Kylie had a boy on 2/22/22 and his name is Angel, this is real,” another fan pointed out. Angel is not a common name among Anglos, but it is in the Hispanic community.