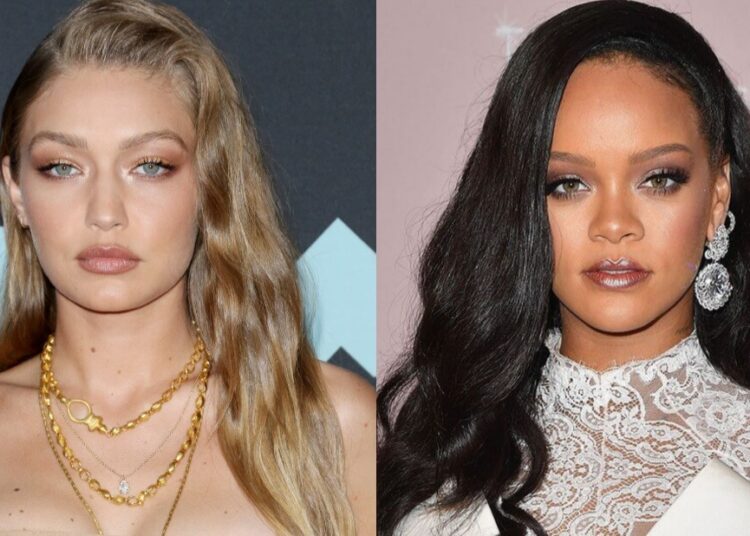 Gigi Hadid apologizes for starting rumor that Rihanna is having triplets

Gigi Hadid apologized online after causing a huge scandal about Rihanna‘s pregnancy with her comment on the singer’s latest post showing her growing belly.

The supermodel sparked speculation that the singer may be expecting triplets on Wednesday, February 3rd, after commenting “three angels” on the Fenty Beauty founder’s Instagram pregnancy post. Three days full of uncertainty for fans later, Hadid clarified that she was referring to Riri, A$AP Rocky and her future child.

“I just caught word of this commotion. I meant rih / rocky / baby lol” she explained.

Hadid and Rihanna have collaborated on more than one occasion, including her lingerie brand’s Savage X Fenty Volume 3 fashion show in September 2021.

In other news, the future parents shared the big news about her pregnancy with an incredible photoshoot in which the singer showed off her baby bump in an open pink coat as they strolled the streets of New York. After the news broke, a source told People that Rihanna “couldn’t be happier and is so excited to be a mom“.

“Having a baby is something she never focused on, but being with Rocky opened her up to the idea“, the source said.

“He loves all the changes in her body during pregnancy“.

Rihanna & A$AP announcing they’re expecting, casually in Harlem, instead of in a glamorous photoshoot, is absolutely iconic to me. pic.twitter.com/Ntghn4STOU

The source couldn’t help but talk about the singer’s relationship with rapper A$AP Rocky, and he could only say wonders.

You may also like: Camila Cabello took fans by surprise by sharing a snippet of new song

“A lot of guys have tried to blow her away, but Rocky really managed to do it“.

“Rocky is ‘over the top romantic’ and sends his rooms full of flowers all the time. She has never felt like this before and this relationship has changed her“.