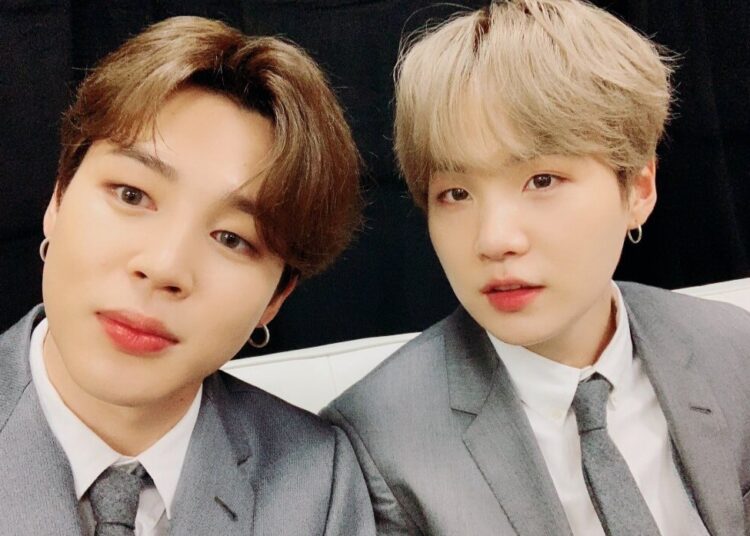 Like ARMY, BTS members are also waiting for news about Jimin. The singer was operated on Monday the 31st for acute appendicitis and that same day COVID-19 was also detected. To everyone’s peace of mind, the artist was released from the hospital in just five days.

On February 2, Jimin personally left a message for fans on Weverse. Since they learned about his surgery, ARMY showed their support and good wishes to the artist through tweets and hashtags that were trending.

“Hey, all of you worried a lot, right? I am recovering well!”, Park expressed.

When the artist also known as Agust D logged onto Weverse on February 4th, he commented on Jimin’s posts. The rapper empathized in a special way with his partner, since he had also gone through the same experience years ago.

“Since I am a senior with appendicitis, I understand you“, said Suga.

Suga’s case and his appendicitis date back to 2013, the year BTS debuted as a K-pop group. The boyband had traveled to Japan for promotional activities and fansigns. The idol began to feel sick to his stomach and had a fever on December 8th.

You may also like: BTS’ Jimin beats COVID-19 and was discharged after surgery

When he arrived at the hospital, there was suspicion of appendicitis, the idol was transferred to South Korea for his operation. Min Yoongi recounted the above details in a 2015 interview. After undergoing surgery in Seoul, Suga received a visit from his classmates. BTS completed the set schedule in Japan and then went over to see Yoongi.

For those who doesn't know, back in 2013, Suga went through an appendix surgery … that's why he called himself a senior ♡

King Charles III wants to keep Prince Harry away from him

The weird habit of Prince Harry that bothers Meghan Markle

OMEGA X reveals that they were sexually assaulted and share evidence