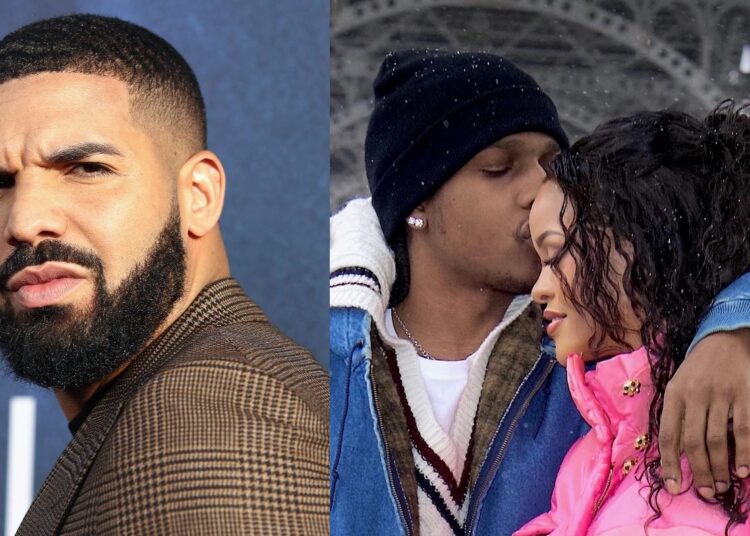 Rihanna and A$AP Rocky broke the internet on Monday by announcing that they are expecting their first child together as they casually strolled the streets of New York holding hands and all smiles.

The singer showed her baby bump in a vintage Chanel coat that she only buttoned up despite little snowflakes falling. The news did not take us completely by surprise since both had already spoken publicly about starting a family very soon.

However, the announcement hit Drake like a bucket of cold water, or so Twitter users believe. According to Twitter news account @PopTingzz, Drake unfollowed both RiRi and A$AP on Tuesday, just a day after news of his pregnancy grabbed headlines.

You could also be interested in: Daughter of Tobey Maguire’s Spider-man will be the future ‘Spider-girl’, according to insider.

It is very well known that although a courtship between the tycoon and Drake was never confirmed, once they were caught kissing by the paparazzi and later, Rihanna denied having been her girlfriend. In addition, in 2018 the singer declared that they weren’t “friends but not enemies.”

Although she has marked her boundaries with Drake, he has continued to openly express his feelings towards the founder of Fenty Beauty. As expected, witty netizens took advantage of the situation to make fun of the rapper and even shared memes about “how he had taken the news.”

The reaction of Jungkook to seeing Taehyung kissing another man