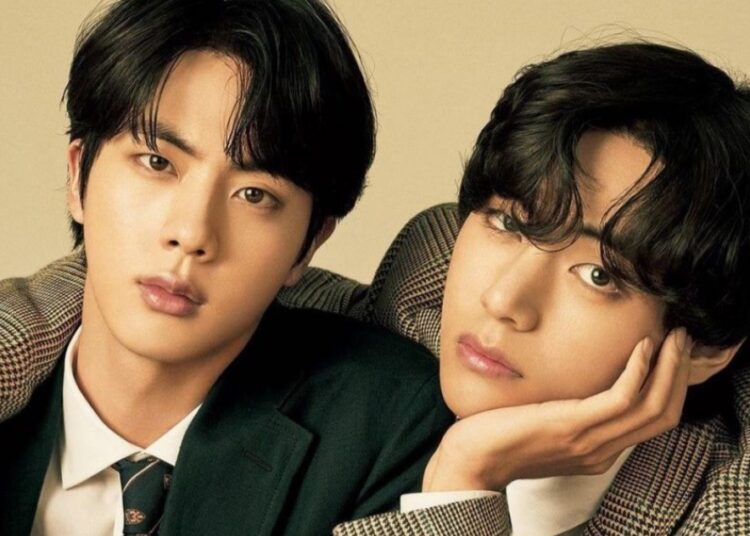 With the arrival of February, South Korea celebrated the beginning of the Lunar New Year, or Seollal, which is why the members of BTS posted greetings on their networks. Taehyung commemorated the holiday with a photo of himself in the snow with the caption, “Snow on Lunar New Year”.

Kim Seokjin, real name of Jin from BTS, is one of the most active Bangtan boys on Instagram, so he did not hesitate to comment on Taehyung’s publication. “Omg boyfriend material picture” However, V explained in the comments that it was not such a photograph.

For each comment Taehyung made while responding to Jin, Jin deleted the previous one, until he finally decided to delete all of them.

“My picture is now even sadder because of (hyung)“, V added.

“My dream is to make a boyfriend material pic“, V said finally.

You may also like: BLACKPINK’s Jisoo reveals Lisa’s reaction to Snowdrop’s dramatic ending

‘Boyfriend material‘ refers to photographs or videos of someone with a style of love, and that are recorded from the point of view of a third person. In the world of k-pop, it is common for followers to share audiovisual content of their favorite artists in the style of ‘boyfriend material’.

AESPA shares a new teaser for their debut single

Lisa and Austin Butler caught walking together in Paris

BLACKPINK’s Jisoo and Rosé appear in the credits of the new album as songwriters. Check out the tracklist