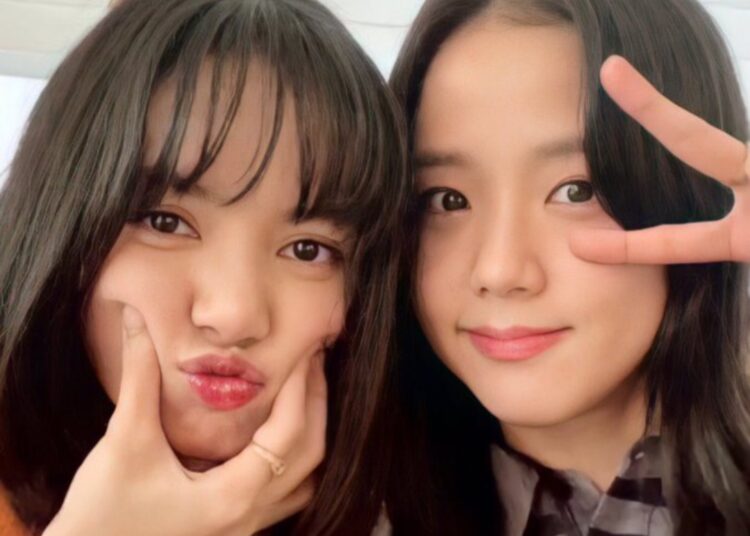 The drama Snowdrop recently ended and although it had many controversies prior to its release, the drama was able to successfully close its run on television. Netizens and BLINKS alike were impressed with the chemistry between the lead actors, Jung Hae In, and BLACKPINK‘s Jisoo, who made her debut as an actress.

Throughout the drama, viewers fell in love with the romance that these two actors showed us and experienced week after week their most outstanding moments, such as the first meeting, the first kiss, and even the most intense moments that brought out Jisoo’s performance.

But not only BLINKS and netizens are fans of this drama and Jisoo’s performance. Lisa, a member of the same group, has also shown her love for the drama and the acting of her fellow group member.

Unsurprisingly, fans wanted to know exactly how one of Snowdrop’s biggest fans reacted to her tragic end, and Jisoo was more than happy to share Lisa’s reaction. The singer left a message on Weverse and replied to various comments about what she was doing and, of course, the show.

A BLINK asked if Lisa was alright after the ending, and Jisoo explained that she was far from the truth, adding, “She yelled hehehehehe”.

🗣: is lisa alright after the ending <of snowdrop>?

You may also like: Dating rumors return after NCT’s Haechan and ITZY’s Ryujin’s messages were exposed

In another post, Jisoo even revealed how surprised she was that she pulled off such an intense and emotional scene. When a BLINK asked, “How did you pull off your crying scenes?” Jisoo replied, “I know! Even while watching it now I don’t remember how I could cry!

BLINK: I enjoyed Snowdrop so much hehe it was your first leading role but you did so well?? How did you do the crying scene?? Hahaha tear Jisoo#JISOO: Yeah when I watch now, I don't know how I cried either! Haha@BLACKPINK pic.twitter.com/KYr8Me3pD3