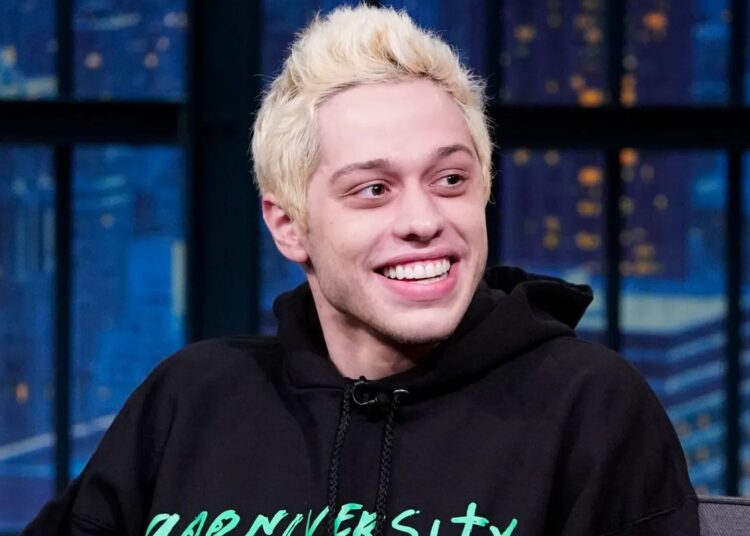 Pete Davidson has made the revelation we’ve all been waiting for! The SNL star has explained how she has managed to connect romantically with so many personalities on the show.

The actor previously dated Kate Beckinsale and was once engaged to Ariana Grande. Now, the comedian has also fallen in love with Kim Kardashian. Apparently, the great confusion that he has caused about how he has captured the attention of these women, is not lost on Pete Davidson.

During a stand-up routine at the 9th Annual Patrice O’Neal Comedy Benefit Concert in downtown New York City, he says friends of his have expressed their opinions of him and have thoughts about his attractiveness. for beautiful women. This is what he said, exactly:

pete (shot by salacuse via instagram) at the patrice o’neal benefit on tuesday pic.twitter.com/w6QLPfDXP6

“There seems to be a curiosity about me, is what my friends tell me. I was trying to figure out how to explain myself to someone because I was doing an interview“, said Davidson on stage.

Pete Davidson seems to be a master of self-deprecation and his comedic style generally plays on the fact that he is “a scumbag of a person“. So he has joked about living in his mother’s basement throughout his adult life, even into stardom.

You may also like: Nicki Minaj and her husband are sued for hitting a security guard

Apparently, it’s this propensity to look like trash that, according to Pete Davidson, belies how truly great he is. On the same stage, Davidson compared himself to “Tropic Thunder“, a hidden gem or as he put it himself:

“I’m ‘Tropic Thunder.’ I’m the diamond in the trash. It’s a steal“, added the comedian.

At this point, the film even though it’s a potentially controversial movie, and Pete Davidson is starting to be considered as such as well. His honesty and self-awareness combined with his comedic take on just about everything apparently make him attractive to successful, independent women, like Kim Kardashian.