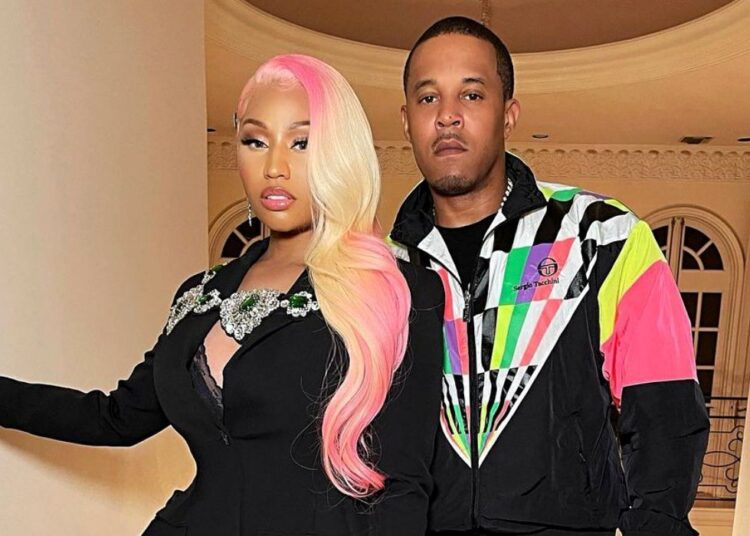 Nicki Minaj and her husband Kenneth Petty are again involved in a controversy, this recent lawsuit has been filed by a German security guard, Thomas Weidenmuller, who claims that Petty ambushed him with the rapper and hit him backstage.

This was the head of security at one of Minaj’s concerts in Germany in March 2019. The lawsuit reports that the rapper was angry at a security staff member for allowing a fan onstage during the show. In the documents, obtained by TMZ, Weidenmuller alleges that Nicki yelled at the security guard, calling her a “f**king bitch“, who recorded everything that happened.

Weidenmuller assured that the security guard was affected by the situation, so he interceded and went to talk to Nicki about the incident. According to the lawsuit, Nicki also yelled at him and said: “Who do you think you are?”, she apparently threw her shoe at him too, luckily he escaped unscathed.

However, he claims that he was later summoned to Nicki’s room for another argument, where Kenneth allegedly came out of nowhere and punched him in the face, breaking his jaw. Weidenmuller states that he has had 8 surgeries to fix his jaw, and will need 6 additional operations to get it back in place.

This guard is suing Kenneth and Nicki, claiming that they provoked the attack. The lawsuit is based on damages, including his large medical bills. TMZ reports that he has been in contact with Nicki’s team, but they have yet to get back to them.

This would be the second lawsuit facing the couple at the moment. The other case is associated with the sexual abuse of Kenneth and the harassment and extortion attempt that both would have given to the victim, Jennifer Leigh, who has moved the lawsuit to the city of Los Angeles since there resides the controversial marriage between the rapper and Petty.