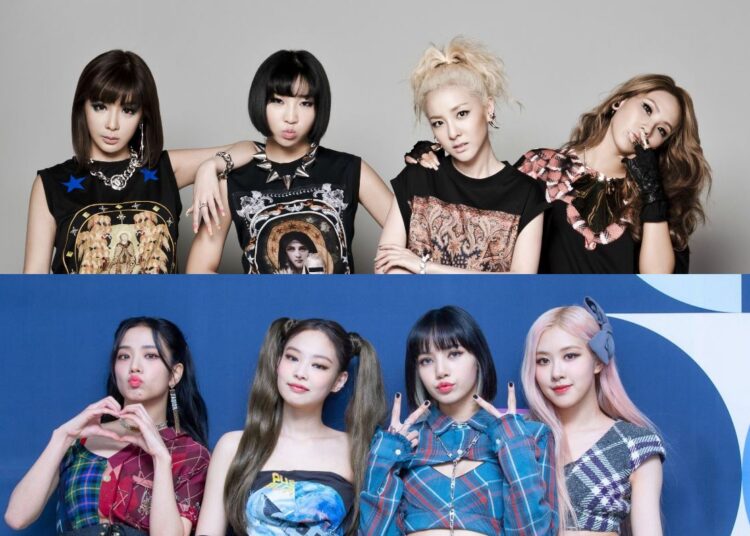 Due to lack of communication from YG Entertainment about when new BLACKPINK music is coming out, some BLINK has revived the mistreatment YG entertainment had with 2NE1. A part of the fandom fears that the agency will repeat that pattern with the “Lovesick Girls” performers.

Through social media, messages from BLINK have appeared where they point out that the long ‘hiatus’ of the band, made up of Rosé, Jennie, Lisa and Jisoo, reminds them of what happened with 2NE1, since about 2 years passed inactive because the agency didn’t give them much music and then disbanded without YG informing them first.

Although BLACKPINK’s contract isn’t over yet, the fandom is concerned because it’s almost 2 years since the band’s hiatus began, and also YG Entertainment is working on a new girl group debut, that could be the reason of delayed the group’s comeback behind ‘The ALBUM‘.

You could also be interested in: Stray Kids: Bang Chan has the cutest reaction when a fan proposed to him.

In 2009, YG Entertainment announced the debut of a female quartet consisting of CL, Dara, Bom, and Minzy. Since the released of their first single “Fire,” 2NE1 won the hearts of the public by creating their own fandom named Blackjack. Until their disbandment in 2016, they only released two albums in Korea and one mini album in Japan in the 7 years they were together.

Their dissolution was surprising within K-pop due to the great popularity, recognition, as well as the friendship that the girls had. Although the band came from a long hiatus, in 2015, they made an unforgettable performance at the Mnet Asian Music Awards, so the fandom was hoping to hear their new music.

YG Entertainment never revealed the reason behind the disbandment, but many believed it was because one of the girls had not renewed her contract. Finally, in 2020, they fans discover what happened thanks to an interview for the Video Star program on MBC where Dara and Minzy met again in front of the cameras.

The girls talked about how it was to work in the most popular ‘girl band‘ at that time. During the conversation, Minzy revealed the motive that encouraged her to leave 2NE1 and not renew her exclusive contract with YG, which silenced the people who had criticized her for her decision.

“We had a long hiatus. I was having a hard time because of that absence of activities. Personally, I was depressed and very stressed about it,” she recalled.

“After I left the group, people called me a traitor and disloyal. Many rumors spread. Honestly, it was hard to bear. I was 22 at the time and I think I stopped reading the news for a while because it was hard for me,” she added.

For her part, CL told AP Entertainment about how she found out about 2NE1’s disbandment. The singer said that she found out about the separation from the media because on Thanksgiving Day her cell phone would not stop ringing due to the revealed reports.

Currently, CL, Dara, Bom and Minzy continue in the world of entertainment with their solo careers where they can choose what they want to do with them. Also, they are still very good friends. Now that you know 2NE1’s history, do you think YG Entertainment could repeat that mistreatment with BLACKPINK?

MBC under fire for racism with its treatment of aespa members

BTS’ J-Hope gives details of next steps after Lollapalooza