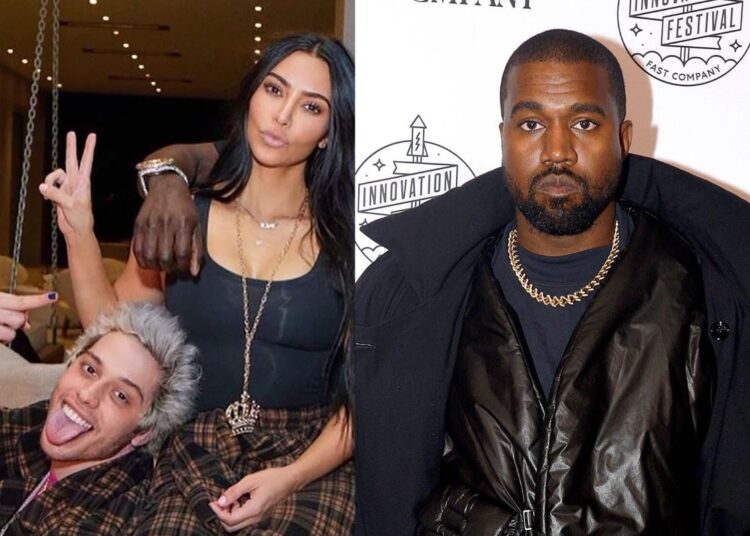 Kanye West finds himself in the eye of the storm again after it was revealed that he is spreading the rumor that Pete Davidson has AIDS, making thousands of people roundly repudiate this desperate level of wanting to generate hate against Pete and his now ex-wife, Kim Kardashian.

Apparently Kanye is telling his friends that Pete Davidson has AIDS, and even though the false rumor reached Pete… people close to Ye deny it. Sources close to Davidson confirm what DJ Akademiks claimed earlier this week:

“Kanye has been telling everyone within earshot that Pete has AIDS. We were told that Kanye’s claim has turned into some awkward phone calls between Pete and mutual friends he has with Kanye, who are confused and disturbed by the rapper’s childish behavior.”

You could also be interested in: The mistreatment that YG had with 2NE1 could repeat it with BLACKPINK.

“However, a source close to Ye tells us that the accusation that he is spreading the rumor is nonsense. Yes, Kanye made no secret of the fact that he wanted to get back together with Kim… as recently he said it during his concert at the LA Coliseum”

So while everyone knows he’s not thrilled about Pete dating his ex wife, the AIDS rumor would take this to a new level, one that has people close to Pete very concerned at the inexplicable actions Kanye is currently taking to get attention.

BLACKPINK: Lisa and Jisoo have an iconic twerk battle