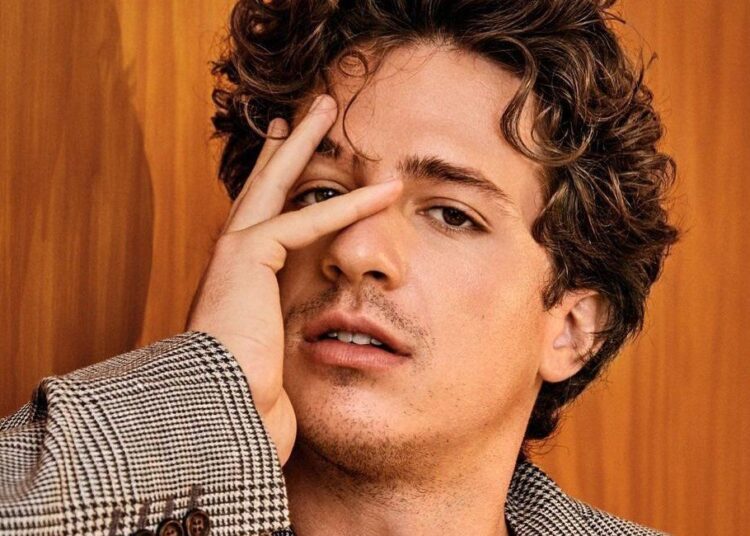 Charlie Puth took a while to release the fun “Light Swith“, but everything indicates that the song came at the right time. The track debuted at the top of the Top Songs Debut Global this Tuesday, January 25th, showing that it was the last week’s release with the highest number of streaming on the global platform. 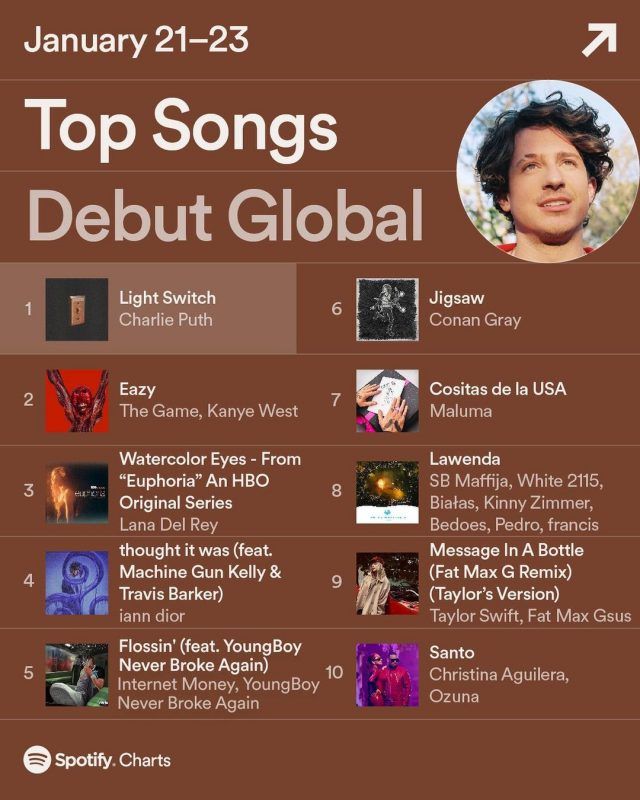 Launched last Thursday, January 20th, “Light Swith” has already accumulated 11,280 million plays so far, ranking 21st in Spotify‘s Global Top 50 and 19th in the US Top 50 on the same platform. You can warn that it’s a hit!

In the list of single releases, in addition to Puth, The Game and Kanye West appear in second place with “Eazy” , Lana Del Rey with “Watercolor Eyes” in third place, Maluma with “Cositas de la USA” in sixth, “Massage In A Bottle (TV)”, by Taylor Swift, in ninth, and Christina Aguilera and Ozuna, with “Santo”, closing the ranking at tenth position.

Within 24 hours of its debut, the track debuted at #6 on Spotify in the United States, with 859,000 plays on the first day, in addition to placing directly in the 11th position of the global ranking, with 2,767,221 million plays.

The comeback of the American singer came after months of fueling the curiosity of his audience with previews of the new track. But it looks like the wait was worth it! The singer delivered everything with the hit, in addition to a clip full of energy and animation.

You may also like: Elton John postponed his tour shows due to tests positive for Covid-19

As if that wasn’t enough, the hit came with a super fun video clip, where Puth changes his look and even his habits to win back his beloved. The colorful video shows the singer in scenes doing exercises in a gym, as he sings “You turn me on like a light switch”.