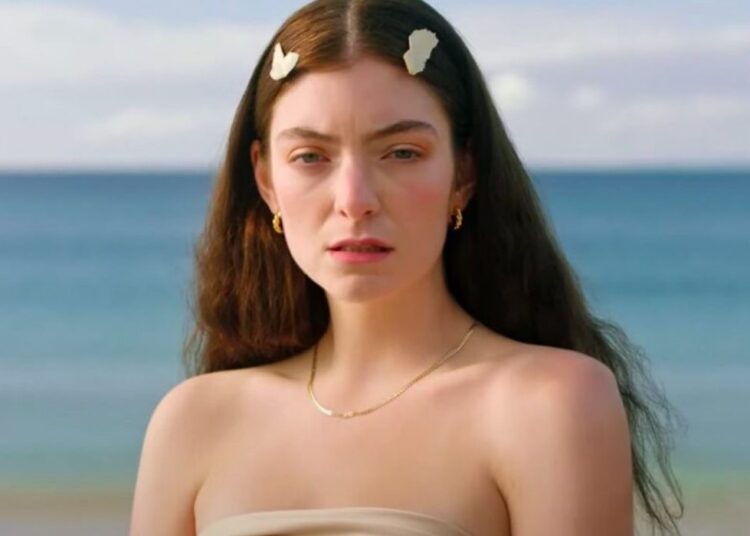 The discussion about creation credits has already generated debates (and processes) between national and international artists. Lorde addressed the matter in a recent interview with the A24 Divine Frequency podcast, in a chat with Euphoria actress Hunter Schafer.

“I wrote all the treatments and helped produce it, because I was super, super involved. It was so much fun to be on that set”, said the artist.

Hunter asked Lorde if she had directed before. Lord replied:

"Damn bitch, you're a Scorpio."

“It’s that classic young woman thing where you’re like, ‘I think I do this, but I’ve never been credited with this and nobody’s ever talked to me about it’, whether it’s music production, video directions, or graphic design“, Lorde added.

“It takes a second to say, I know what I contributed to this and my credit should reflect that. It’s definitely been a process for me, figuring out how to express that. So (the ‘Solar Power’ video) it’s the first time I’ve been called a director“

You may also like: Billie Eilish’s brother recalls embarrassment at Taylor Swift’s party

Lorde released the album “Solar Power” in August 2021 with the lead single as the project’s title track. Still in an interview with the podcast, the singer revealed that she recorded “six or seven” music videos for the album, so far fans have only met four of them, “Solar Power”, “Mood Ring“, “Leader Of A New Regime” and “Fallen Fruit“.

RM talks about feeling overwhelmed by BTS and losing his direction