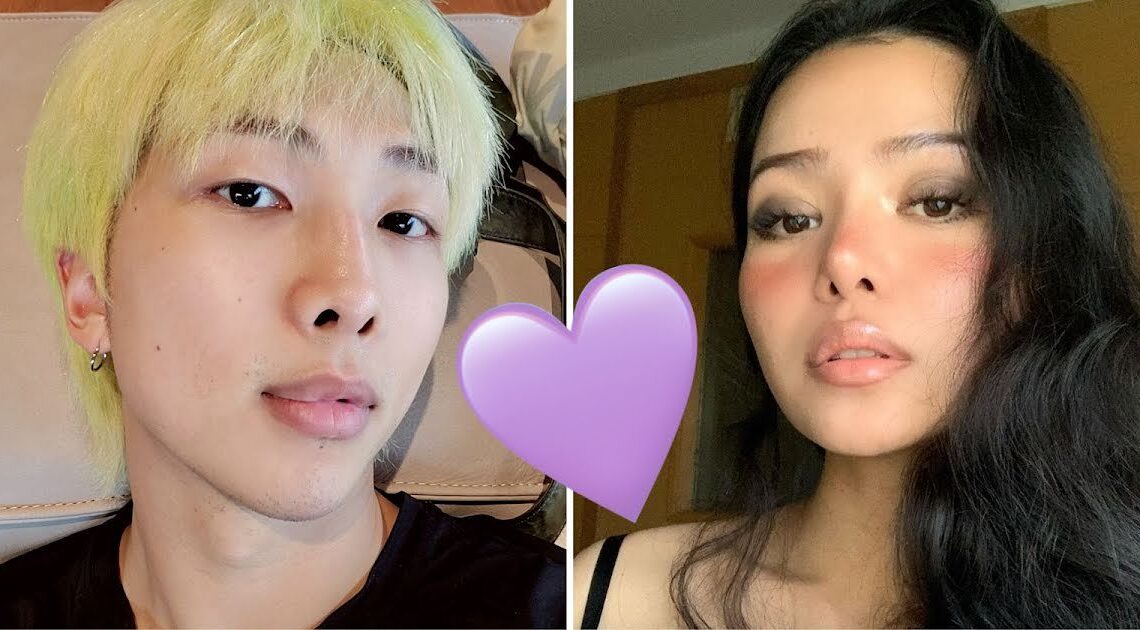 The upcoming artist generated a lot of reactions on social media after posting a picture where se is seen in the beach with BTS’s RM.

It is well known among the community that Bella Poarch is into BTS’s leader, she has said it herself many times in the past. The “Build a B*tch” singer shared a picture with her crush and everybody was shocked.

Even though many ARMY have asked the singer to “get in line” (to get an opportunity with the Korean singer), the influencer has paid little to no attention. Through her TikTok and Twitter accounts, she is constantly sharing pieces of her own projects within the music industry, and, often, she also posts small videos showing how RM has stolen her thoughts.

Bella Poarch’s last TikTok post follows a recent trend where people edit BTS’s members in a picture of themselves, making it look like they are besides each other. 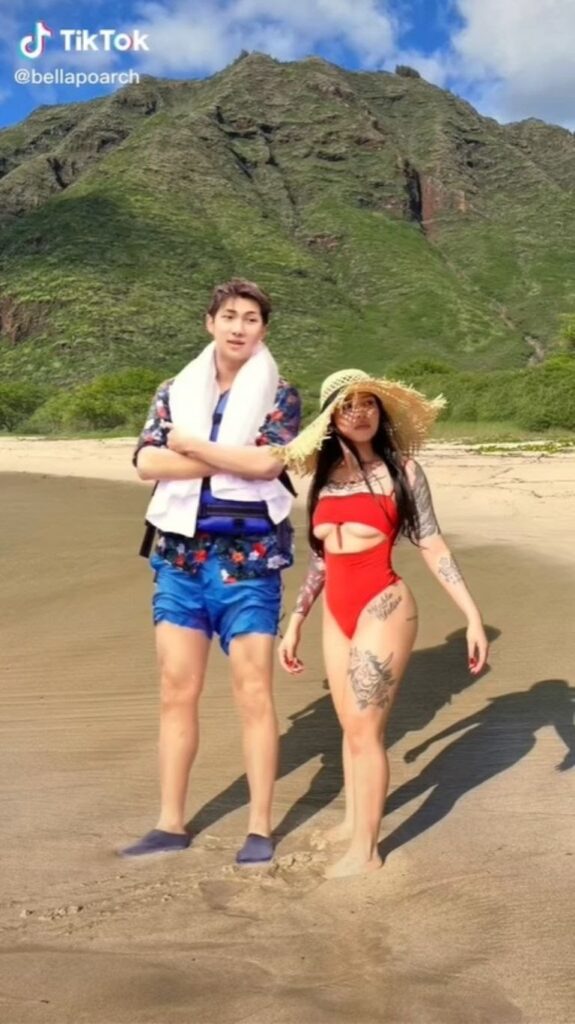 The trend consists of recording a captivating intro with the melody to Gesaffelstein and The Weeknd’s “Lost in the Fire”, after the intro, a picture appears, and the idea is that the person explains what they like about the picture, for example, the spirit or vibe of it. For example, there’s people who post an instant candid pic that came out fantastic.

Even though the picture looks very real, it is edited indeed. But that didn’t stop it from generating a lot of buzz in social media, to the point where BTS’s fans are now hoping the two artists actually meet on a beach vacation.