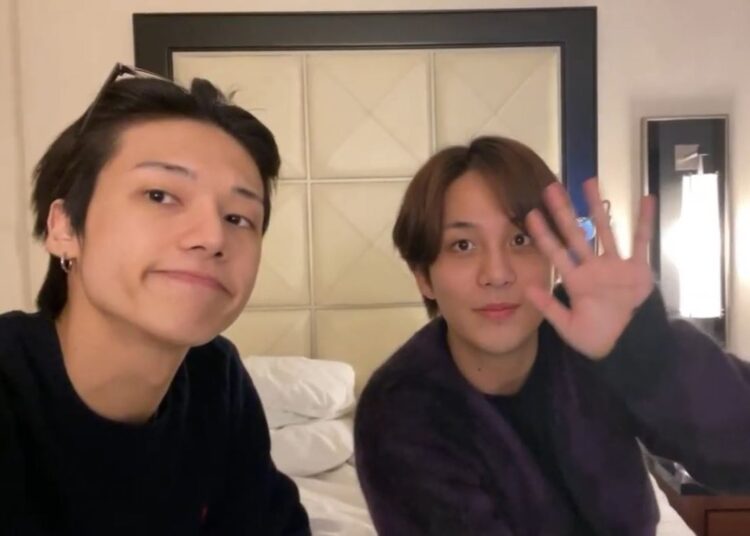 The harassment that ATEEZ members receive worries ATINY, as it reached a worrying point when they suffered it even on live broadcasts. That is why Wooyoung took the initiative and decided to put a stop to Jongho’s sasaengs.

The sasaengs are a group of people who follow a K-pop group or idol, however their fanaticism goes so far that they break the privacy of the artists, harassing them and putting them at numerous risks.

Although this topic about the harassment suffered by singers is still a bit taboo, it cannot be denied that it is important that the agencies take action and put more security measures for the boys. Meanwhile, Wooyoung decided to talk about what the ATEEZ boys suffer.

Ateez traveled to the United States for their world tour, which is why they decided to do a live on YouTube, where the members participated two by two. The first turn was taken by San and Mingi, followed by the duo of the youngest members, Wooyoung and Jongho.

You could also be interested in: Stray Kids’ Changbin shares how he felt to rap loudly in front of South Korea’s President.

They were having a good time with ATINY telling some funny stories, when Wooyoung made a serious face seeing that Jongho was receiving constant calls from the sasaengs who had gotten his number.

The boys tried to calm down, but Wooyoung decided to take the initiative and show that this was not the right thing to do, talking about what happened on the live, he even shared that it was not a coincidence that this happened. Netizens later noted his concern for the boys’ safety.