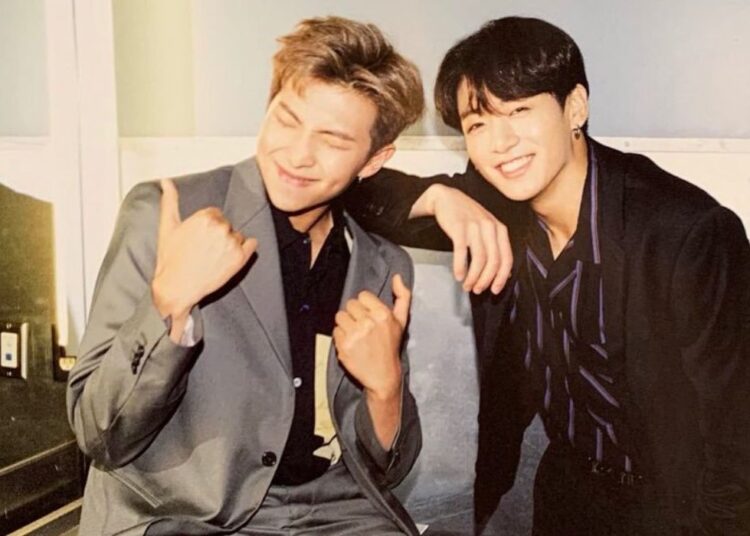 Jungkook, from BTS has several nicknames: JK, Golden Maknae, Kookie, most beautiful men in the world… But RM was not satisfied and decided to add one more to the list! In a video released this week, the youngest member of the group appeared playing a guitar and the leader, without further ado, declared:

First Jungkook appears trying on some of the products from Suga‘s collection, such as necklaces that are also guitar picks with the BTS and fandom logos, as well as a notebook and a set of covers. RM was following JK and did not fail to make comments:

“Our model is writing something in the notebook”, he said.

“We have a ‘Jeon Mayer’ here with us”, referring to American musician John Mayer, who also plays a lot of guitar in his songs.

You may also like: Find out what is Jungkook day and why is it celebrated on January 9?

In other related news, ARMY’s happiness was short lived! Last Friday, January 7th, Spotify removed the alleged solo account of Jungkook, from BTS, because it was a fake profile. The streaming platform even guaranteed the verification seal and more than 450,000 people were already following until it was discovered that it was all a fake pretending to be the South Korean artist.

The account was created on January 5th and, with Spotify verification, fans felt confident to follow despite the lack of manifestation from Jungkook or BTS’s agency, on the matter. On the profile, a notice said that “soon” content would be added and this stoked many fans to consider a possible solo mixtape by the artist.