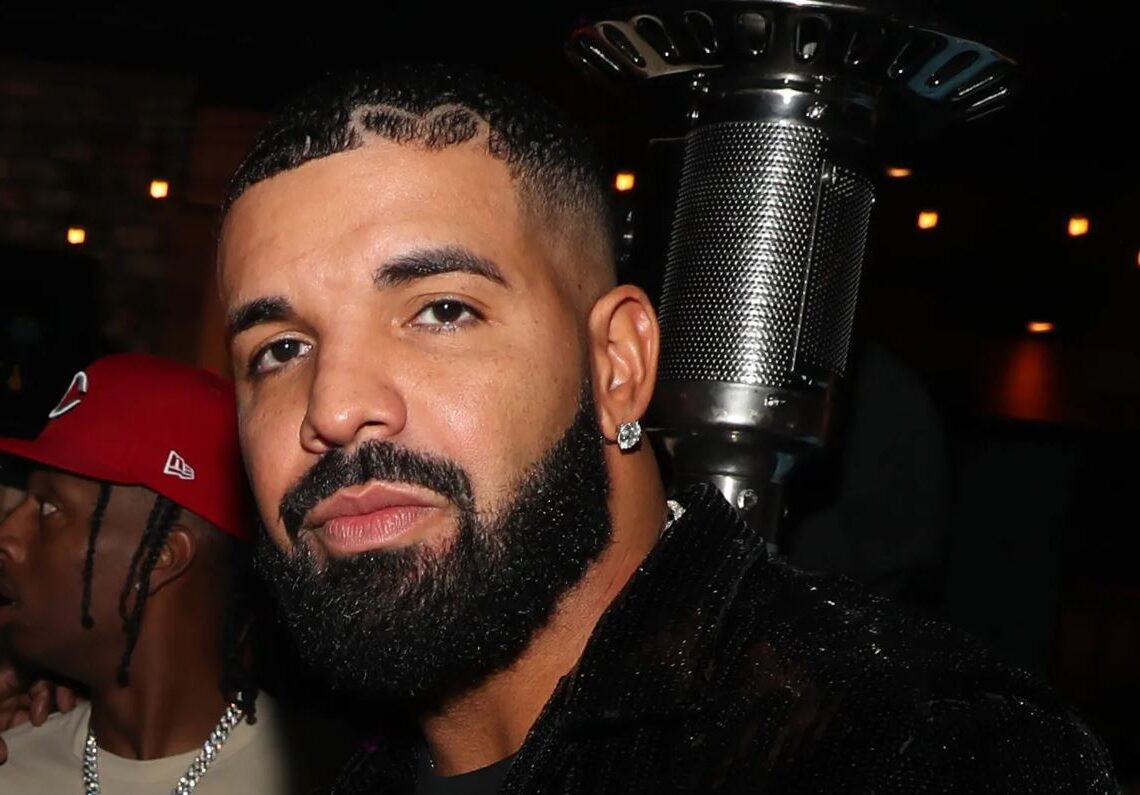 It circulates on social networks and some news portals on the Internet have echoed that a “fairly well-known” Instagram model has sued the Canadian rapper Drake for having “burned” her genitals after putting, without her knowing it, hot sauce in the inside of the condom they used for s3x.

The introduction of the sauce into the condom occurred after he had ejaculated and after intercourse had ended, in order to prevent his sperm from being stolen.

According to different media, both contacted through social networks and days later agreed to meet in person. The rapper would have invited the model to his hotel room to have s3x. According to her version, he was very insistent that he be consensual and she accepted.

You could also be interested in: Cha Eun-Woo surpasses Taehyung as the most handsome idol.

At the end of the act, of which the model would have realized all kinds of details, Drake went to the bathroom to get rid of the used condom. Just after leaving the toilet, she went in to retrieve it and, supposedly, insert the singer’s sperm inside her genitals.

Seconds later, the woman began to cry out in pain as she felt as if she had “thrown lava” on her genitals. And it is that the rapper would have admitted to having added to the used condom, before throwing it away, a few drops of hot sauce to “kill” the sperm and thus avoid unwanted paternity. 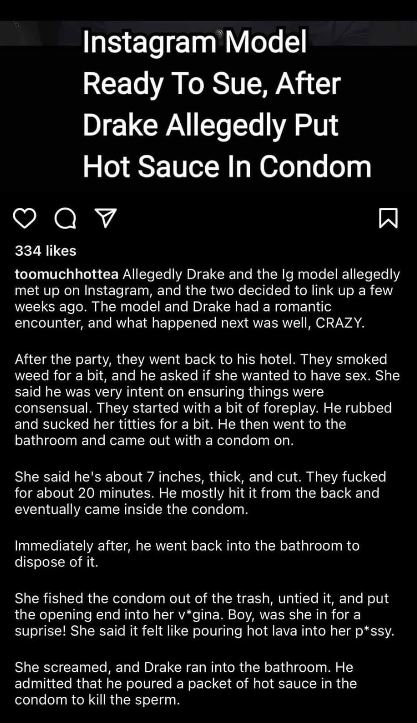 So far, Drake has neither confirmed nor denied the story. If the accusation is true, the hip hop star would have wanted to avoid being given a “Boris Becker“, alluding to the daughter he had with the model Angelika Ermakova after “stealing” her sperm and then using it by artificial insemination.