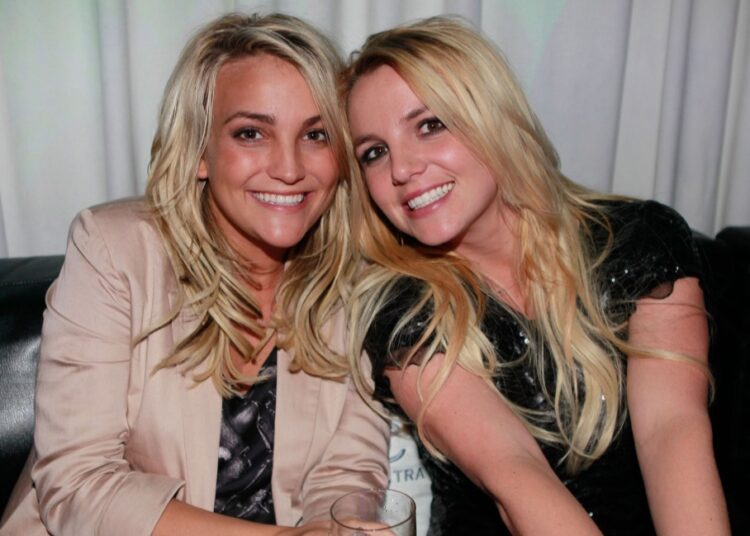 The arrival of a new year is an excellent opportunity to plan goals, objectives and also make that good cleaning of habits and people that no longer fit into our lives; and that’s exactly what Britney Spears is doing! The singer unfollowed her sister, Jamie Lynn Spears, on Instagram.

When searching for Jamie’s name in the pop princess’s Following list, a “No Users Found” message appears. Look:

Britney Spears and Jamie Lynn Spears don’t have the best relationship in the world. For a long time, the singer’s fans revolted against Jamie, who never spoke out about her sister’s tutelage while she was in effect.

In other related news, It’s the return of the Princess of Pop! Britney Spears took fans by surprise this Wednesday, December 22nd, when she said she is working on new songs. The news came through a publication on Instagram.

“I just realized this: after what my family tried to do to me, I needed to be my own cheerleader” she wrote.

Throughout the text, Britney realized the amount of records sold, stream and awards she received over the years.

“multi-platinum, Grammy Award-winning pop icon Britney Spears is one of the most successful and celebrated entertainers in pop history with nearly 100 million records sold worldwide. In the U.S. alone, she has sold more than 70 million albums, singles and songs, according to Nielsen Music”, wrote in the caption.

“Spears has sold 33.6 million albums in the U.S. and ranks as the 18th best-selling album artist of the Nielsen era. Her songs have drawn 25 billion in cumulative radio airplay audience and 2.6 billion on-demand  U.S. audio and video streams combined and she sold 39.8 million singles (36.9 million via downloads)”, she wrote.

Britney Spears ends by saying that she is sharing such information so that she and the world remembered what she represents in music.

“No, I’m not auditioning for anything! I’m reminding myself and the world of who I am. Yes… I’ll be my own cheerleader”, she says.

“new song in the works… I’m gonna let you know what I mean”, says Britney finishing with the big news