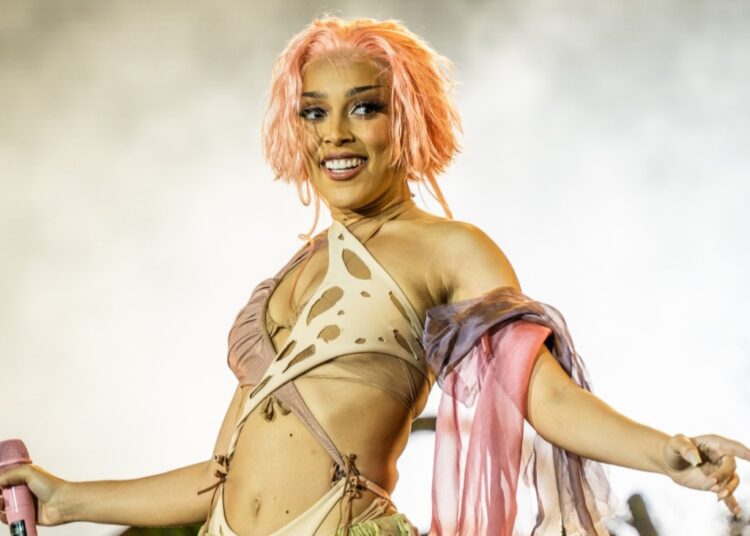 The album “Planet Her”, by Doja Cat, appeared in the main lists of best records of the year in 2021, which raises the expectation for the next project of the American rapper. After all, will the artist be able to repeat her success and climb high positions on the music charts?

In a recent live on Instagram, she showed that she already has ideas for a successor to “Planet Her”. The rapper revealed her desire to make a double album, in which seven tracks would sound similar to what she currently presents, a pop-rap, and another twelve songs would be purely hip-hop, produced by names like Jay Versace and 9th Wonder .

.@DojaCat talks about plans to release a double album consisting of a Pop-Rap side and a Hip-Hop side. ?pic.twitter.com/IOW4ViZQha

The two producers mentioned by the rapper reacted to her desire to work with them. Jay Versace, who recently worked with Tyler, The Creator, tweeted “brah“. 9th Wonder already wrote “say what now” when republishing the Doja video quoting him.

You may also like: Demi Lovato debuts newly shaved head on Christmas

Doja Cat usually navigates smoothly between pop and rap. She knows how to do both perfectly. Despite his songs playing extensively on pop radio, just listen to the albums in full to realize that rap is very present. It’s hard to see an artist achieving that kind of versatility in most artists. And it goes beyond! Doja Cat has sung rock, too, like in the song “Bottom Bitch”.

But after all, she considers herself more of a pop singer or a rapper. It’s true that in her case, you don’t need a label, she can be everything! But she responded in an interview with Rolling Stone: “Anyone who says I’m not a rapper is in denial. They don’t know what they’re talking about” Doja Cat.