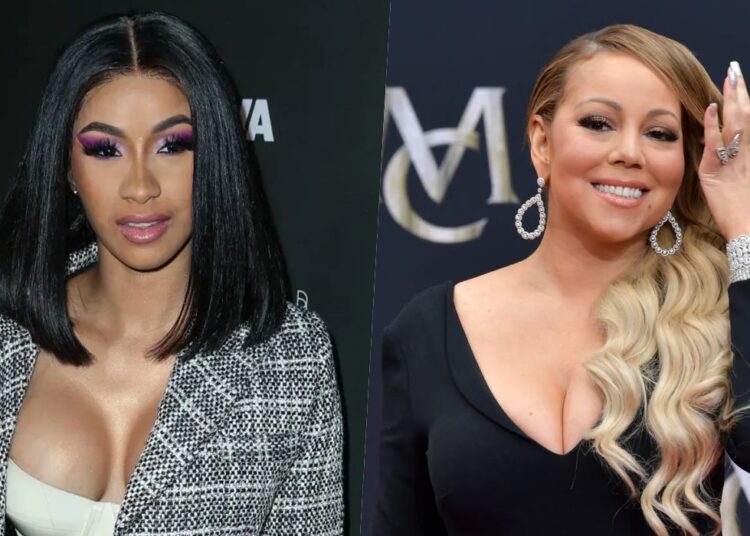 Like every end of the year, the song “All I Want For Christmas Is You”, by Mariah Carey, is the biggest hit of the moment. Who entered this wave and sang the track with a lot of animation was Cardi B. This Wednesday, 22th, the rapper opened a live on her Instagram and surprised her by singing Christmas carols.

Cardi B was still wearing the costume she wore at her husband’s Offset party and looked a little drunk. Anyway, she had fun with the way she sang, it was really funny!

Cardi B rolled up some parts of the lyrics that he didn’t know, in addition to getting out of tune in some parts. Afterwards, she started singing “Last Christmas” (by Wham!) in an adult version. “Last Christmas I gave you my ass, the next day you fucked my best friend”, she blurted out.

In the video, she started to talk about the Ômicron virus variant, but didn’t complete the reasoning. She and her friends were really drunk.

You may also like: Jay-Z compares Beyoncé to Michael Jackson: “She’s an evolution of him”

Cardi B has achieved an unprecedented and powerful feat in the music business. Is that she is the American artist became the first female rapper in history to land three diamond-certified singles in the United States, according to the RIAA (The Recording Industry Association of America). Ah! And all that, with just four years of career.

The milestone happened this Monday, December 13th, when the track “I Like It”, in partnership with J Blavin and Bad Bunny, reached the diamond certificate. The track joins two other rapper hits: “Bodak Yellow” and “Girls Like You”.

In the overall female rankings she is tied with Katy Perry, who also owns three diamond singles, but is expected to get the next one soon with “WAP“.

🎵 She likes DIAMONDS, stunting, shining… it's no wonder @iamcardib has earned another Diamond single certification! "I Like It" feat. @JBALVIN & @sanbenito is officially 🔟✖️💎 certified‼️ #RIAATopCertified @AtlanticRecords pic.twitter.com/iV8Ji6B7Ys

The Weeknd reveals important details about his Super Bowl show