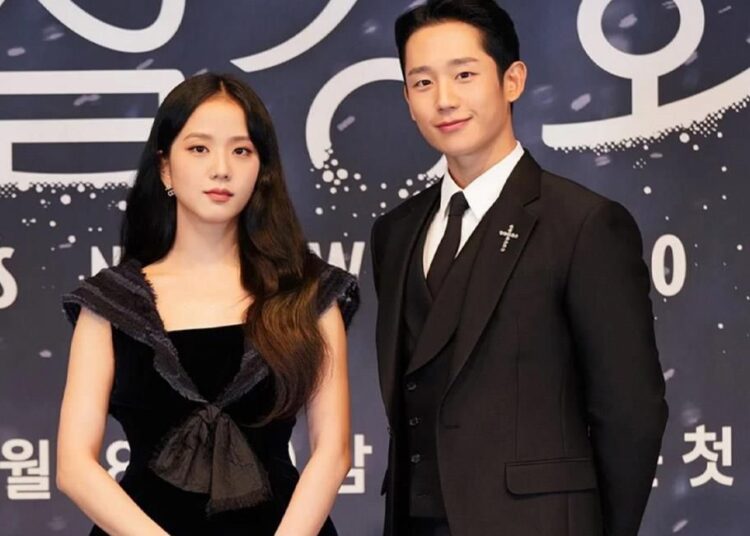 On December 19th, a new citizen petition was reported to cancel the broadcast of Snowdrop, a new K-drama from JTBC channel that stars Jung Hae In and BLACKPINK’s Jisoo. The series had generated controversy since March 2021, when it was accused of “encouraging historical distortions” about what happened in 1987, a period of student protests in South Korea.

Dispatch and other news portals reported that the aforementioned request was listed on the Blue House website with more than 90,000 people against the Snowdrop broadcast on the afternoon of December 19th. The user who generated the request argues that “the history of the democratic movement is being diminished from the first chapter“.

The controversy is related to what happened in real South Korean history, as the dictatorial government used NSA agents to apprehend students who rose up against them and accused them of being North Korean spies, details user @gatamchun.

look at how they discussed things, they are paying attention to every details! haein really guiding jisoo, they are so cute!! #SNOWDROP pic.twitter.com/pmRxtYwK9P

Another argument that appears in the petition to the Blue House is the use of “Dear pine, dear pine”, a popular song of the student movement, during the persecution of the male protagonist.

The insertion of historical elements makes critics uncomfortable, as they believe that JTBC did not speak the truth in defending Snowdrop months ago. The channel and the producers asserted that “the drama is not about the democratic movement“. There is no scenario in the script where the protagonists participate or lead the protests and they asked not to make early judgments before the premiere.

It should be noted that the first petition against the series (in March) gathered more than 220,000 signatures on the Blue House page. Regarding this first attempt, the Government of South Korea replied that it would not intervene directly against the series out of respect for the “freedom and independence of the media“.

Around 10.00 p.m. m. As of December 20, the petition has reached 288,000 individuals in favor of canceling the drama. It should be noted that the central government is unlikely to censor content from private media; as Korean law takes into account self-regulation.

Even so, the collection of signatures is an indicator that the issue is in controversy.

Red Velvet’s Wendy opens up about her bisexuality