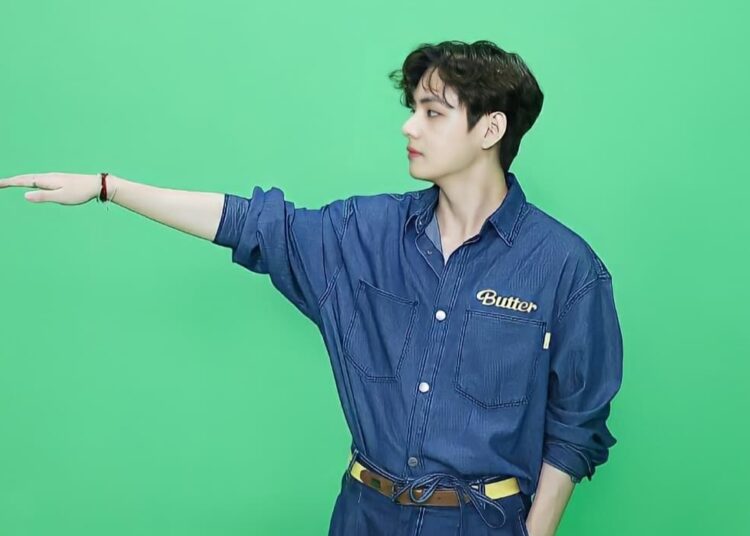 V is the only member of the band BTS who has never had a romantic relationship. The member of the musical group himself revealed on some occasion that he had never had a girlfriend, until a model managed to win him over during one of the presentations that the group made, in 2020, in the United States.

After knowing the singer’s taste for this young woman, ARMY has begun to look for information about her and it is known that the idol so far has no love history. The only thing that came to light is that the Korean artist once had to go through a bad experience when he declared his love for a girl by text message, but he never got a response.

Throughout Kim Taehyung’s career, his followers have bonded with other girls and idols. But, no one would have impressed the singer as much as the model, Rachel Starr, about whom we will give you more details below.

In 2020, BTS came to the United States to fulfill some commitments that had to do with a special of which they were part of iHeartRadio. The interview took place in the presence of thousands of fans, who began to chant their songs that they performed improvisedly.

Of that moment, surely V is the one who remembers it the most. For any question? Did something happen to you on stage? The answer to the last question would be yes, but in the most positive way that the singer himself could imagine, because it was the moment he met the model Rachel Starr, a young woman who had a crush on the Korean at first sight.

The BTS member was impressed by the beauty of the young model, who was sitting on one of the balconies in the company of her friend. Her presence was most noticeable when she started dancing to the music of the K-pop band. The young Koreans were immediately aware of these movements, but without a doubt, Taehyung was the most surprised.

This epic moment does not seem to have gone unnoticed by Rachel Starr herself, because after attending the presentation of the Korean band, she uploaded some videos to her social networks, where it is appreciated how V was impressed with her and even seemed to have greeted her .

Rachel Starr is a young model born in the United States. She is famous on social media for her posts related to modeling and the latest fashion trends. On her official Instagram account, she has more than 180 thousand followers.

V’s muse is 24 years old, she is from the airs sign and among the main memories of her we can find that in July 2019 she walked the pink carpet at the Booby Tape USA launch party.

Wonho alarms fans after collapse on stage while performing