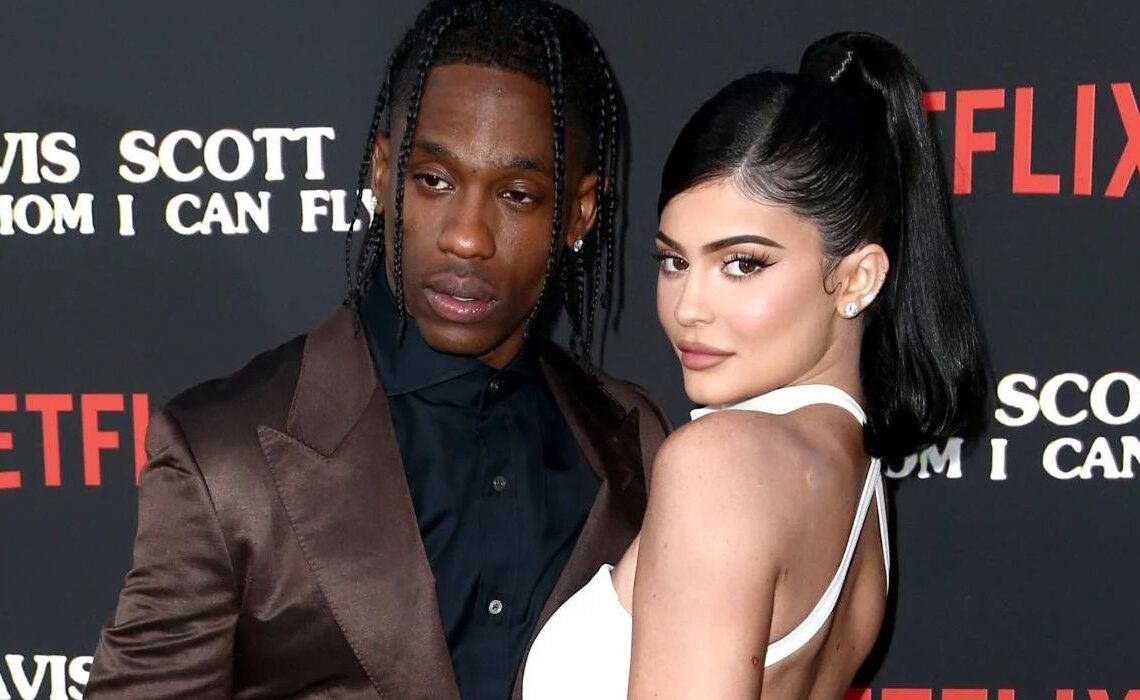 Kylie Jenner has said on social networks that she did not know that people died at the Astroworld festival of her looks like Travis Scott until after the show. The socialite sent her “deepest condolences” to the families of the eight people who died during a stampede at the festival in Houston, Texas on Friday, November 5.

“Travis and I are broken and devastated. My thoughts and prayers are with all who lost their lives, were injured or affected in anyway by yesterday’sevents. And also for travis who I know cares deeply for his fans and the Houston community. I want to make it clear we weren’t aware of any fatlities until the news came out after the show and in no world would have continued filming or performing. I am sending my deepest condolences to all the families during this difficult time and will be praying for the healing of everyone who have been impacted.“

However, she has received a number of criticisms in networks due to this publication on her instagram story.

Wanna know the problem with your statement @KylieJenner there were people literally on stage and yelling at camera men that people were dying and they just blew them off… Travis and his crew had nothing but ignorance and could’ve prevented the amount of damage that happened. pic.twitter.com/Xbecv1IyOn

This is actually so scary when you think about it like people are actually dead… like lost their actual lives and @KylieJenner puts out an obligatory statement to save face? Why is she defending Travis instead of just expressing her devastation. This is so scary #kyliejenner pic.twitter.com/YVggHcS2Yu

Not Kylie Jenner saying Travis wasn’t aware of what’s happening. Come on??? This statement is not making sense at all pic.twitter.com/4RaJ9x0sHb

Scott continued to perform after eight people were crushed to death, and one witness said it was a ‘body floor‘. At least 23 people were rushed to a hospital, 17 of whom were caught up in the worst of the incident, including a 10-year-old boy, police said.

Although he completed his 75-minute performance, at one point the rapper was filmed asking for help. In another video, he was standing on a platform with his microphone as chaos unfolded below him. Meanwhile, Jenner was also criticized for posting a clip of an ambulance treating the wounded and dead as chaos unfolded.

kylie jenner deleted this instagram story of an emt car trying to get thru the crowd at #ASTROWORLDFest pic.twitter.com/s0TIGZKyvY

people were passing out everywhere, that they had to bring ambulance threw the crowds, and kylie jenner even posted on her instagram story of the ambulance going through a crowd which is disgusting because she could easily tell staff to stop this concert. also

I really hope that @trvisXX gets SUED!!!!!!!!!!!!!! even though him getting sued won’t being back innocent lives #ASTROWORLDFest and f*ck kylie jenner for her post on her instagram story too…

Other videos from the night showed some fans begging concert staff to stop the performance and help people escape, claiming that there are people dying, but the staff ignore claims.

"Stop the show" and the staff did nothing. This shit is fucking heartbreaking #AstroWorld vc:@JanthonyOlivera pic.twitter.com/5vVZKLKV7h