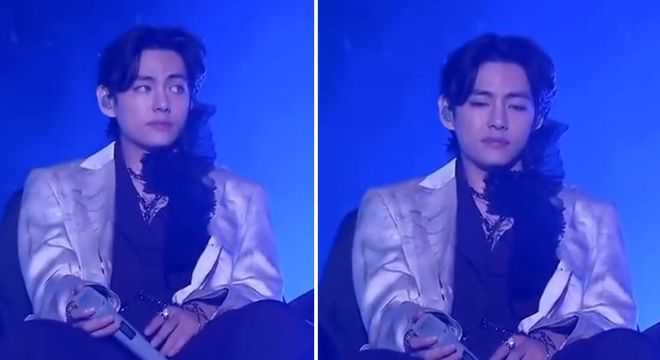 BTS: Could V’s injury be something more serious? ARMY does not expect bad news

BTS filled ARMY with excitement with their virtual concert Permission to dance on stage. However, there was an unforeseen event with Kim Taehyung’s health. Fans who were watching the show noticed that the idol did not participate in the choreography. What happened to V prior to the broadcast on Sunday the 24th?

Shortly before BTS’s soundcheck began, the agency BIG HIT Music released a statement on Weverse in which they announced that Taehyung had complained of discomfort to his calf during rehearsal the day before. V went to the hospital and was advised not to make sudden movements.

As the interpreter of “Sweet home” did not want to miss the virtual reunion with ARMY, it was decided that, during the choreographed performances, he could sing sitting at one end of the stage.

Within a month the idol will have to perform another live concert from the United States.

Through the hashtag #GetWellSoonTaehyung, the ARMY fandom encouraged the artist and wished him speedy improvement.

Statement on Weverse about Taehyung

We want to share information about V’s performance in part of BTS Permission to dance on stage.

V felt pain in his calf muscles during the October 23 night trial and visited a nearby hospital for examination and treatment. Doctors recommended that although there were no problems affecting his leg bones, he should avoid strong movements or perform on stage for a while.

As the artist expressed that he really wanted to be in the full concert, our company has decided to take the advice of the specialist and reduce the movements of V in today’s PTDOS. As a result, V will participate in the performance seated and will not choreograph.

We ask for your understanding.

What did Taehyung say on PTD on stage?

“I made a mistake while he was practicing and rehearsing for the concert.

I’m fine, so ARMY, don’t worry too much about me and enjoy the show, ”he expressed in one of the initial mentions.

At the end of the event, V commented again on what had happened.

“I was sad today. The injury came as a surprise. I practiced anxiously because of how happy I was going to feel at the concert; but sadly I had to be seated at the event. I will take proper care of my physical condition and soon you will see what I could not show you today, ”he lamented before saying goodbye to the concert with the Bangtan members.

“As you could see, there were no individual performances… we prioritized performances as seven members and I was too excited about that. On the tour, instead of sitting down, the seven of us will be on stage ”, said the singer.

BTS’ Jungkook and Taehyung have an alleged romantic date on the beach, photos leaked