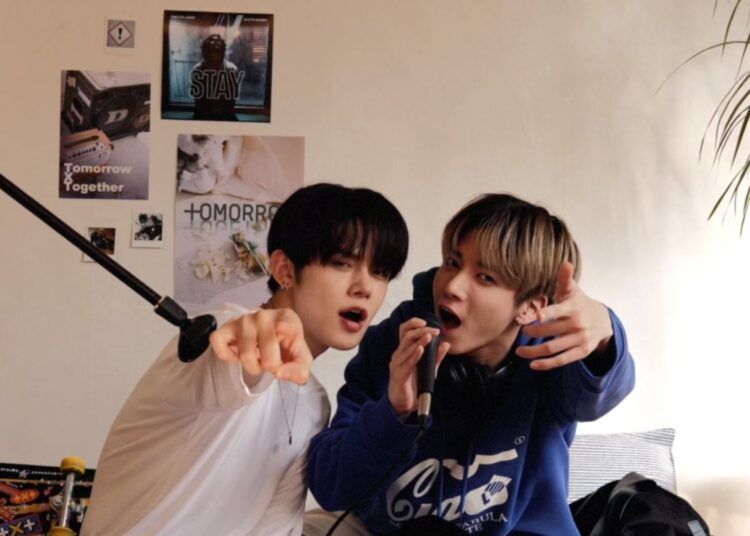 TXT‘s Yeonjun and Taehyun shared a video where they perform Justin Bieber and The Kid Laroi’s hit song “Stay”. At first, Yeonjun takes the microphone and sings with some enthusiasm while laying on his bed. Meanwhile, Taehyun looks at his cell phone, but joins him with his partner after a while. Yeonjun and Taehyun move their hands energetically in the chorus part.

The video, which lasts 1:40 minutes, shows Yeonjun and Taehyun in a relaxed moment where music is the protagonist. Both wear relaxed outfits, such as pants, a sweatshirt, and also around them there is a packet of potatoes, backpacks, mini speakers, so MOA can admire the chill time of Yeonjun and Taehyun.

While MOA was among the first to see Yeonjun and Taehyun cover, Justin Bieber also joined them. It was so much the Canadian singer’s pleasure to hear “Stay” in the voice of Yeonjun and Taehyun, that he decided to let them know by a “like” on Twitter.

Jesy Nelson is verbally attacked in a restaurant