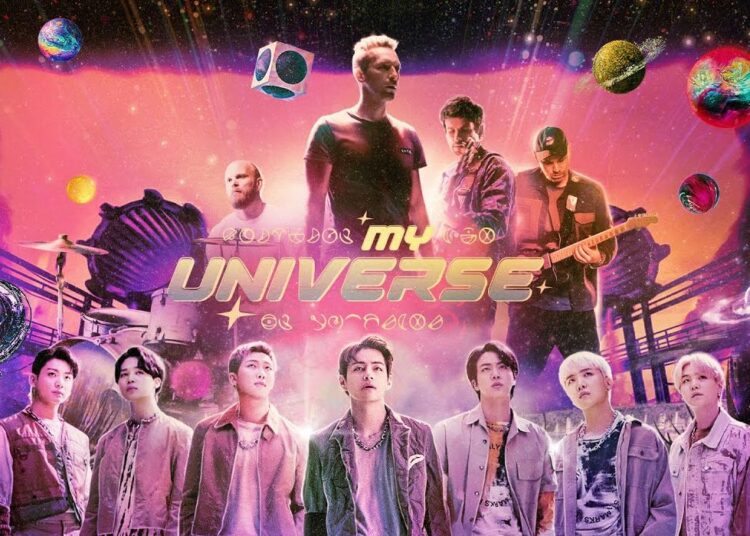 “My Universe” gained another version this Monday, 18th, now under the care of Suga! The BTS member made an unprecedented remix of the partnership between Coldplay and the K-Pop group.

Suga is one of BTS rappers, but he also composes and produces. The hits “Boy with Luv” and “Life Goes On”, for example, carry the artist’s name in the credits. He also bets on his solo career under the pseudonym August D.

“My Universe”, in turn, was released on Coldplay’s latest album and reached impressive numbers. Now, this is the first collaborative song by two groups as lead artists to rank #1 on the Billboard Hot 100 .

In other releated news, your dream is to become an idol? So get ready! Last Sunday, October 17th, BTS announced the opening of Big Hit Music auditions via a YouTube video! The agency is looking for “people with talent and passion” to be “the next global stars”.

According to the announcement, men born in 2002 or later worldwide are eligible to apply, with applications open from October 18th to December 20th.

“To those who want to share their stories through music and dance! And for those with racing hearts, who dream of becoming amazing artists even at this moment… How are things?”, began RM .

“I still remember the day I auditioned at the dance school. My heart still makes a thump when I think of that moment“, J-Hope reminiscing about his past.

“I’m sure all of you are looking forward to the audition all these days. You can apply online at our official audition site, Big Hit Music, from October 10th until December 20th” explained Jimin.

“Since it’s an online audition, I’m sure people from different countries will participate. What you guys need to do is select a category that can showcase your best, ranging from rap, vocal, dance and music production, and then upload it along with your video”, Jin added.

“I also debuted through Big Hit’s Musical Audience, so I can say that this could be a turning point in their lives”, said Suga.

“We are sharing our stories with the world through music. If you want this to be your future, the BTS will be waiting for you right here”, guaranteed V.

“Big Hit is a company known for being ‘serious about music’. So it ‘s the best way to get closer to your dream and make your musical potential really come true . 2021 Global Hearings. Play Your… Music! Please tell us your stories through music! That was the BTS !” RM concluded.

Red Velvet’s Irene is defended by her partners