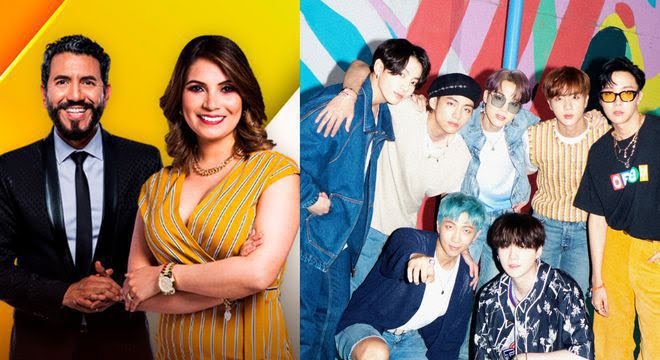 The ARMYs of Peru returned to the trend of the hashtag #ATVExcuse me, due to the comments issued on the ATV News Morning Edition program, hosted by Alicia Retto and Fernando Díaz, about the members of BTS. The fans of the Korean septet did not wait and demanded an apology from the television channel

The hosts of the Morning Edition of ATV News submitted a note about Jimin’s birthday celebration. However, Fernando Díaz referred to them with names of Peruvian-Chinese fusion food, causing the outrage of fans of the Korean septet, who point out that it would be a case of xenophobia.

Bangtan fans did not hesitate to demonstrate on social networks, through the hashtag #ATVExcuse me, which became a trend in a matter of hours.

Not only in Peru was the outrage of fans felt by the comments of the drivers. Other Latin American countries, such as Mexico, joined the repudiation of xenophobic words and await the prompt pronouncement of those involved

Disney + premieres the BTS movie. Check out the details

BTS accused of ‘corruption’ for free concert in South Korea