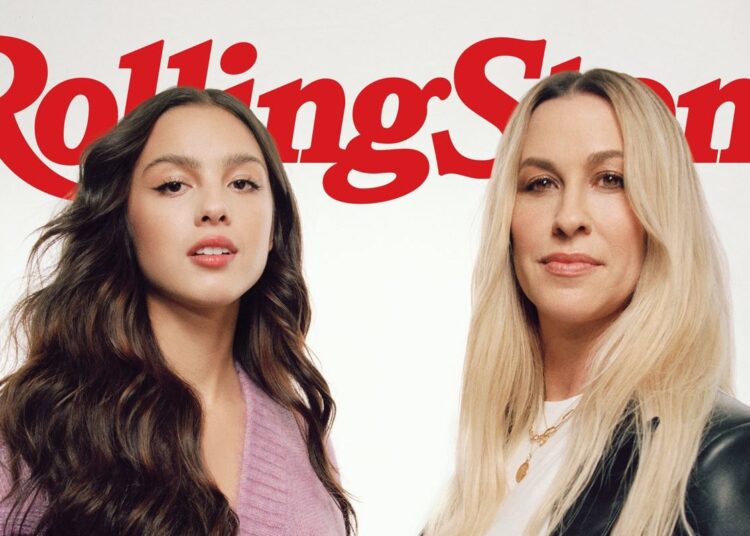 Olivia Rodrigo and Alanis Morissette are another pair of great names in music, from different generations, who are together in the series ‘Musicians on Musicians‘, by Rolling Stone. While one was a phenomenon of the 1990s, another made her career a few months ago this year, both make authorial and very sincere songs, without fear of spilling their feelings.

How do they handle criticism? Alanis opines:

“There was a lot of bullying and a lot of jealousy and a lot of people I loved all my life being mean girls” she blurted out.

“At around 22, I stopped reading everything because it wasn’t really relevant to my personal growth and evolution. I had a lot of people around me who pointed out the blind spots whether I wanted to or not.

And I love therapy, so I’ve always had a huge team of therapists. But at the end of the day it became ‘I’m feeling very seen” Alanis continued.

Alanis Morissette and Olivia Rodrigo got together for a conversation about music, inspiration, and heartbreak for the second of four covers for this year's Musicians on Musicians issue https://t.co/5SpJDsoTuw

“I had a very similar experience. Releasing music in the age of social media can be really scary, and I think people find young women an incredibly unrealistic pattern. I followed the same path as you and just didn’t look at it” said Olivia.

“I don’t think anyone should look at these things. I don’t think we as human beings should know what thousands of people think about what we wear or what we say or how we speak.

I think having this separation is very important – realizing that this is not real life, you know what I mean?

This world that is created online is just one facet of this great human existence”, Olivia added.

Of course, when Alanis started, there was still no question of social media, it was quite different.

But anyway, the exhibition existed. Then, Olivia Rodrigo admits that she feels pressured about her second album and asked Alanis how she handled it.

“After ‘Jagged Little Pill’, everywhere I went, every supermarket always asked, ‘When is your next album out? I hate men too’ I didn’t want to write right away.

There is a lot of pressure to be creative. For me, it’s about photographs of what’s happening in your life right now, including that pressure”.

97-year-old woman convicted in Germany for more than 10,000 Nazi crimes

Bad Bunny breaks record as the first canceled artist of 2023