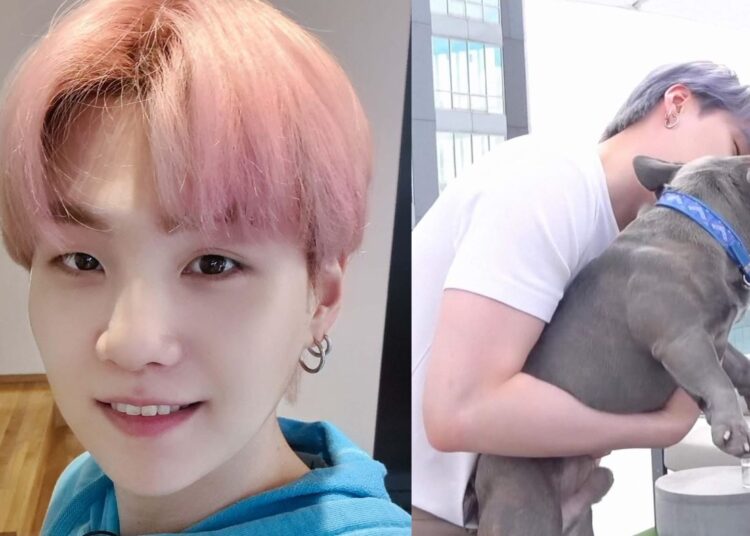 BTS’ Suga shows off his muscles and internet go crazy

Behind the scenes of the long-awaited meeting you can see the chemistry between the singer and the seven members of the South Korean band.

The singer of “Cry Baby” was accompanied by her French bulldog named ‘4oe‘, and since the boys of BTS are animal lovers, the puppy stole the attention of the Bangtan in a matter of seconds.

The seven idols looked for the opportunity to get closer to pet the dog. While Jin, RM, V, Jimin, Jungkook and J-Hope were petting the puppy, Suga decided to ‘steal it’ from the boys. Yoongi held the rapper’s pet, and started praising ‘4oe’s beauty.

You could also be interested in: TXT’s Beomgyu was upset that MOA didn’t notice his new haircut.

Many ARMY’s hearts melted when they saw the idol perform that action, however, other fans noticed his muscles.

The comments caused annoyance to some ARMYs, who asked to stop sexualizing BTS members, especially Suga.

ASTRO’s Rocky reveals that Park Bo Yeon is his girlfriend, she denies it

SHINee’s Taemin causes furor for his words towards BTS’ Jimin