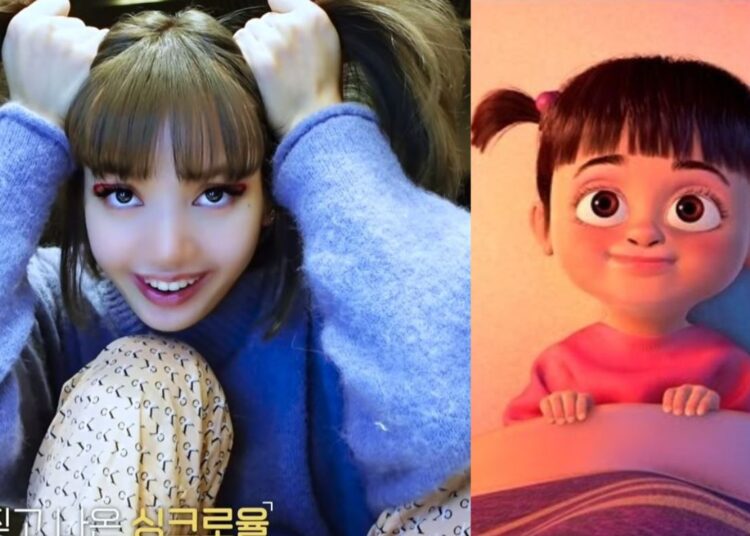 BLACKPINK‘s Lisa has been very active on her personal YouTube channel called Lilifilm, where she has shared a variety of behind-the-scenes performances of her solo singles.

In her latest video titled “EP.6 ONLINE FAN SIGN EVENT, MUSIC PROGRAM RECORDING“, the rapper gave a glimpse of how her autograph signing events have been, as well as the recording of her performance at the SBS’s ‘Inkigayo‘ show.

While preparing for her performance on the South Korean show, Lisa began to clutch her short hair in two ponytails to show the makeup artist and the camera that if she got such a hairstyle along with her legendary fringe, she looked like Boo from the movie. ‘Monsters Inc.’

You could also be interested in: TXT’s Beomgyu was upset that MOA didn’t notice his new haircut.

The rapper began to compare herself to the adorable little girl from the Disney animated film, so she asked the makeup artist if she knew the character of Boo, she said yes and agreed that Lisa looks like the charming girl. The “Money” interpreter told the girl: “Yes, they have always told me that I look like Boo”.