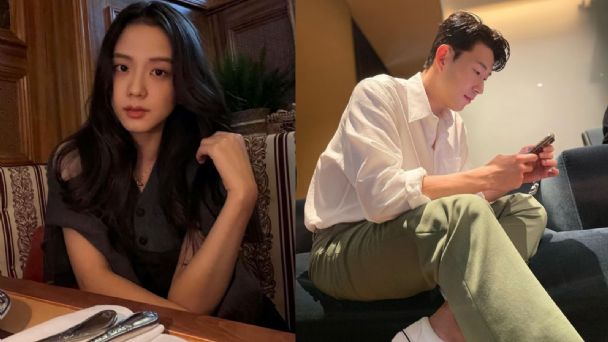 A new romance could be emerging between Korean show business and English soccer, after rumors began that Jisoo, the oldest member of the group BLACKPINK, could be in a relationship with Tottengan Hotspur footballer Son Heung-min .

The English team’s forward, who is also captain of the Korean team, started the rumors after he traveled to South Korea to participate in the Asia Qualifiers of the 2022 FIFA World Cup in a match against Syria, which will be carried out on October 7. According to Korean media reports, the footballer arrived at Incheon International Airport on October 5, but, instead of doing it by a flight from London, he arrived in one from Paris, France.

Jisoo, who was in the city of love doing activities for the Dior brand at Paris Fashion Week, returned home to Seoul on the same date, so it is presumed that Son could have gone to see and take advantage besides traveling together.

Another detail that raised the flames of the possible romance is that he believes that Son Heung-min and Jisoo share “couple bracelets”, an accessory that couples commonly use in Korea to show that they are together, although some prefer to wear rings (which does not mean who are engaged to be married) or even similar or identical outfits.

Son’s bracelet in particular is well known to soccer and Korean fans, as the striker has a habit of kissing him as a ceremony every time he scores a goal.

Son Heung-min is one of the prides of South Korea, thanks to his successful career in England. So much so, that after BTS’s Jimin forgot his name in one of the chapters of Run! BTS, he appeared in the following wearing a Son t-shirt and tenderly apologizing to her. Netizens who have seen the rumors about the footballer and Jisoo say they would love for the couple to be real.

Little Mix talk about Jesy’s departure from the band