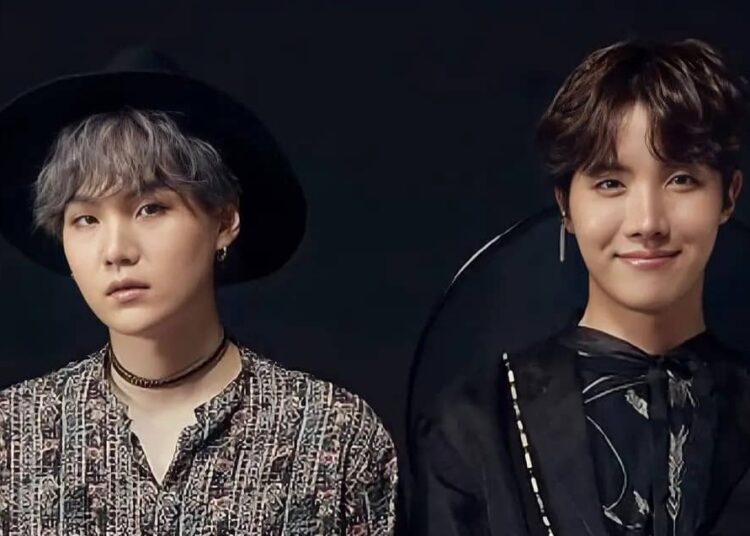 BTS: The tender gesture that Suga had with J Hope in the new year and that strengthened the ‘SOPE’

The incredible chemistry that exists within BTS, with which they manage to captivate the entire ARMY and reach further and further in the world music industry, is due to the fact that there is a solid friendly bond between them and one of the best known fraternal relationships is the one that Suga and J-Hope have, also known as SOPE and that originated on Christmas Day.

The boys of BTS, after having spent their days as apprentices together and sharing residence from the years in which the project was officially formed, have reached an enormous level of trust, consolidating unbreakable friendships and one of the most celebrated for ARMY is the SOPE, the strong bond between Suga and J-Hope.

We know that Yoongi and Hoseok were among the first selected to be part of Bangtan Sonyeondan, along with Namjoon, and it is that they all met many years before debuting with the group and everything happened, curiously, on Christmas Eve.

This was recalled by the BTS idols in an old interview for a Japanese magazine, where they told how the ‘SOPE’ of Suga and J-Hope was reinforced, who have become inseparable since then, all thanks to a somewhat uncomfortable moment, involving underwear, a chicken, and a memory that will make the entire ARMY smile.

The story of how they met was started by August D: “It was 4 years ago (in 2010) we met in the bedroom. I joined the company first and then J-Hope arrived on December 24 …” for what that Hobi continued: “The first time I walked into the dorm … Suga showed up and he only had boxers on. It was an impact on the life of a trainee … I was sleeping in the living room, but then Suga told me: ‘go to sleeping in the bedroom ‘… I remember I answered:’ it’s fine, it’s comfortable here ‘”

Yoongi’s thoughtfulness seemed pleasant enough, “he seems cold, but actually he is a manly man with a warm heart,” commented the “Chicken Noodle Soup” performer. But the “good vibes” of “Min PD” didn’t stop there: “At the end of that year, the other trainees came home to celebrate the new year and I was the only one in the dorm,” said BTS’s Hoseok.

Then came the best part of the story: “So, Suga called to ask if I was okay. I answered him saying that I was bored because he was alone and after a while, Suga came to the bedroom with a chicken in his hand … He was so excited … If I was a girl, I would definitely have fallen in love with him. “

‘Squid Game 2’ will happen, discover all the details