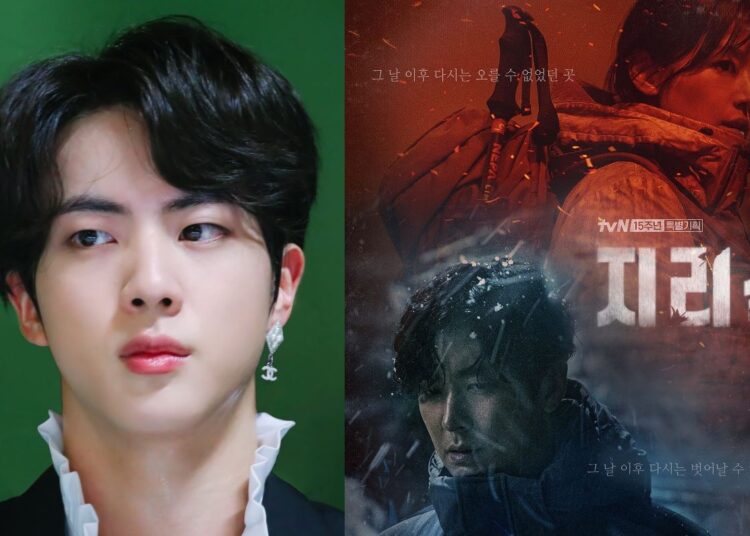 Jirisan, tvN’s 15th anniversary special drama, will feature the voice of BTS’ Jin in the title track of the OST. The news, which translates as the return of the oldest member of BTS to the Korean soundtrack category after five years of “Even if I die, it’s you” with V, was announced on November 1 (KST).

ARMY is preparing to welcome this solo song from the actor, model, youth representative to the UN and winner of the category visual of the year at the Music Mundial Awards 2021.

The series has a millionaire blockbuster. The oldest member of BTS has shown his special voice in soulful solos such as “Epiphany” and “Moon,” and will now give life to the title track of this K-drama considered the most anticipated of the second half of 2021.

You could also be interested in: TWICE Release English debut single ‘The Feels’.