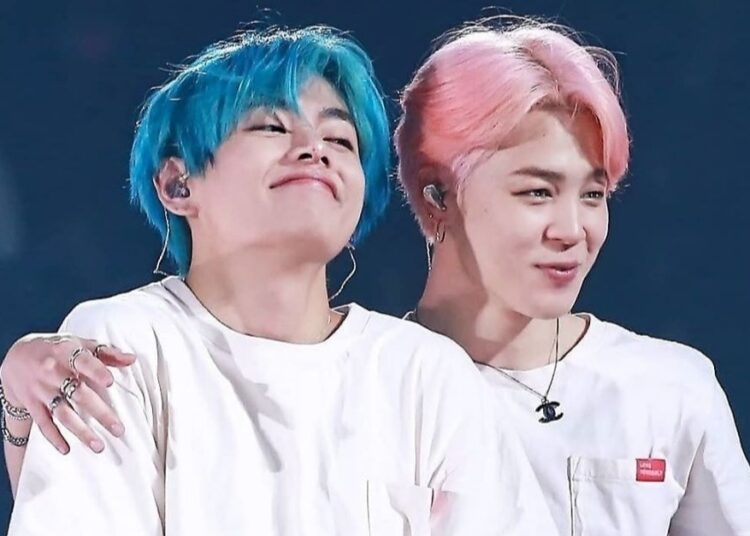 V and Jimin are the best of friends, but on more than one occasion they have faced situations that tested their trust and loyalty

Before joining BTS, Kim Tae-hyung and Park Ji-min, better known as V and Jimin, respectively, were already friends, perhaps the best. Together, the artists discovered that achieving fame is not an easy task, that they had to work and persevere, but they knew that they had each other to help and advise. However, the relationship was not always perfect and they had their fights.

The duo began several years ago, when Jimin took his suitcases and sailed for Busan to fulfill one of his biggest dreams: to be a singer. This is how he arrives at a house where he will have V as a roommate, forming a friendship.

Before long, Park Ji-min is transferred to the same Tae-hyung school, where they spend more time together and become even more close. Due to their great bond, V has dedicated a couple of songs to his best friend, moving the ARMY. In the following lines, he knows what the issues are.

Due to some differences, the singers have been distanced in certain points of their friendship and although they have never allowed too much time to go by to smooth their rough edges, those moments away or with little communication have made them see how much they value the bond they have. formed.

His more than 50 million followers know how close his favorite artists are, since on more than one occasion they have shared his story with them. It was precisely during an online concert that the members of the boyband wore their uniforms from their study center to commemorate the beautiful stage they lived through several years ago.

One of the fights that had an impact on them was what fans know as the “dumpling fight”, in which they went two days without speaking. The event took place in the rehearsal room, when one of them wanted to go to eat and the other to stay practicing.

WHAT SONGS DID V DEDICATE TO JIMIN?

This story was revealed behind the scenes of the album “Mapofthe soul: 7”, where they also showed all the work involved in making each song. There V told that the problem was fixed during one morning, when Jimin had drunk some alcohol and in the middle of the euphoria they smoothed out rough edges. Soon after, and in honor of his strong friendship, V decides to compose the songs “4 O’clock” and “Friends”, in order to share how important the friendship he has with the model and dancer is for him.