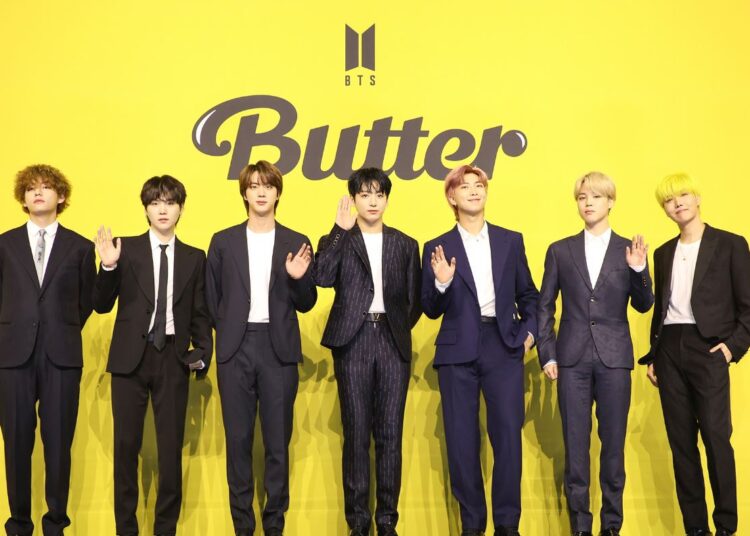 The success of BTS “Butter” has obtained the double platinum disc in the United States, as announced, on Thursday (local time), the Recording Industry Association of America (RIAA, according to their acronyms in English).

The RIAA posted on their website on Thursday (local time) that BTS’ “Butter,” released in May, was double-platinum last Wednesday, marking the septet’s second double-platinum record, after “Dynamite“. A song achieves double platinum status when the record sale more than two million album-equivalent units, including online sales, downloads, and streams.

In addition to the two double platinum records, BTS owns five RIAA platinum records, which is the most for a South Korean pop artist. The platinum albums are: “Love Yourself: Answer” and “Map of the Soul: 7”, and the singles “MIC Drop”, “Idol” and “Boy With Luv” in collaboration with Halsey.

You could also be interested in: ITZY releases 1st album ‘Crazy In Love’ along with ‘LOCO’ MV.