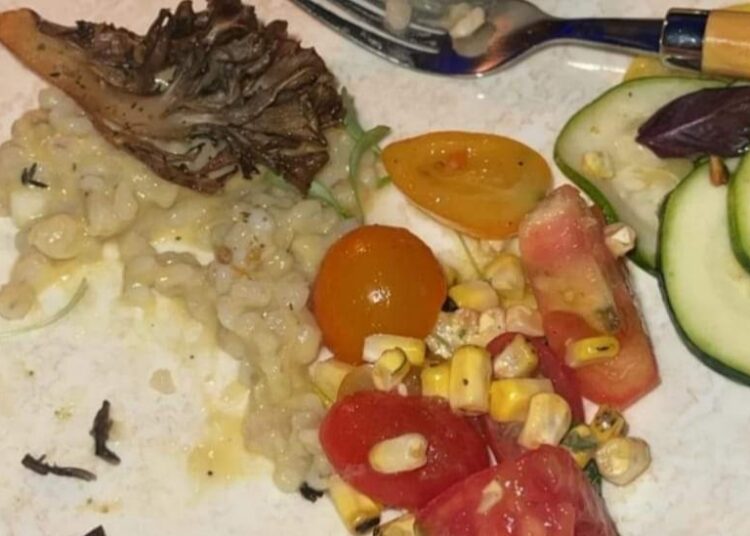 However, in recent years several guests have ventured to give us a sneak peek of what they live behind the doors of the Met on this very special night and the most recent secret revealed destroyed a bit the luxury that the gala boasts.

The actress and singer Keke Palmer was one of the guests who decided to show something more than a photo with Billie Eillish, Lil Nas X or Eiza González. The Scream Queens actress revealed the dinner they enjoyed during the evening of Monday, September 13, 2021 and to the surprise of many, the food did not do justice to the 30 thousand dollars that celebrities paid for their ticket to the Met Gala.

Many would expect that $ 30,000 will allow you to enjoy a spectacular and totally memorable dinner, where each bite is a delight and an unparalleled gastronomic experience and each dish looks like a work of art.

However, judging by Keke’s photography, the 2021 Met Gala dinner doesn’t look as appetizing as we might hope.

The actress shared a photo of her dinner in which a small portion of risotto is seen next to a salad of tomatoes, pieces of corn and cucumber slices. Keke accompanied the image of her with the text “That’s why they don’t show everyone the food.

After all, this 2021 all-vegan menu was made by ten of New York’s best chefs and served on hand-painted plates from Tory Burch’s Oiseau collection.