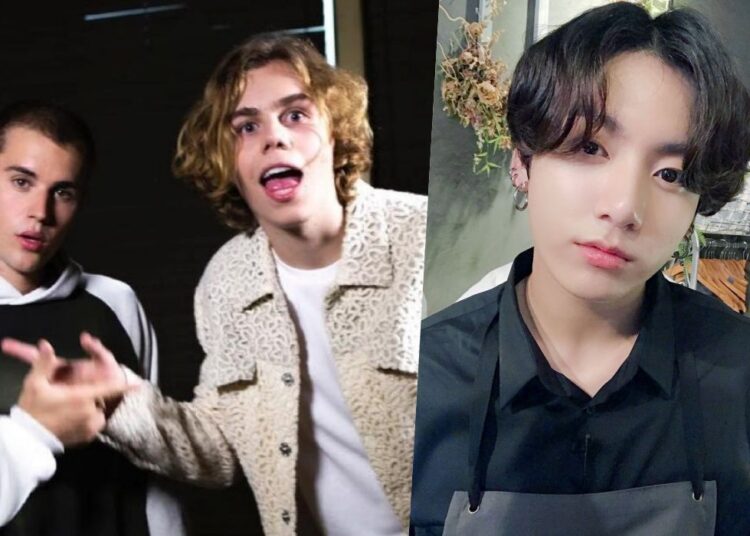 The Kid Laroi, 18 years old, has just started his career in music. In a short time, he already achieved a # 1 on the Billboard Hot 100 , number one in the United States. The hit song ” Stay “, in collaboration with Justin Bieber . Can you imagine if one more artist entered a remix of this track? And imagine if it was the BTS? He spoke on the subject in a recent interview.

The Kid Laroi was answering questions from fans and was asked about the possibility: ” If The Kid Laroi and Justin Bieber made a remix of ‘Stay’ and put Jungkook in it, ” the fan released. It seems that he liked the idea!

“ I’m a huge BTS fan so that would be crazy. I say that if they want, yes. I think I saw a video of him singing ‘Stay’ which was really cool, ”he commented.

Will the idea go forward? Look at the video:

The Kid Laroi about making a “Stay” remix with Justin Bieber & Jungkook:

“I’m a big fan of BTS, so that would be pretty sick. I mean if they’re down, yeah. I think I saw a video of him actually, singing ‘Stay’, which was really cool…” pic.twitter.com/VrII1Ifxf5

In other news related to BTS, Coldplay released an excerpt from ” My Universe “, the association with the K-Pop group, which will be released on September 24th. After confirming that collaboration with the South Koreans would be on the way, the British released a short 18-second video that already gives an idea of ​​what is to come.

The video was released through the official profiles of Coldplay and BTS TikTok   In the video we can see the vocalist of the band Chris Martin in the studio with Jimin , Jin , RM , Suga , J-Hope , V and Jungkook . Martin is even wearing a BTS team sweatshirt, which shows that he is already intimate with the boys.

Some of the lyrics for “My Universe” also appear in this teaser . The excerpt reads the following:

the first snippet of coldplay practicing their song my universe with bts !! they sound so good and all the boys look so happy and excited !! pic.twitter.com/Fu9RaTGIMO