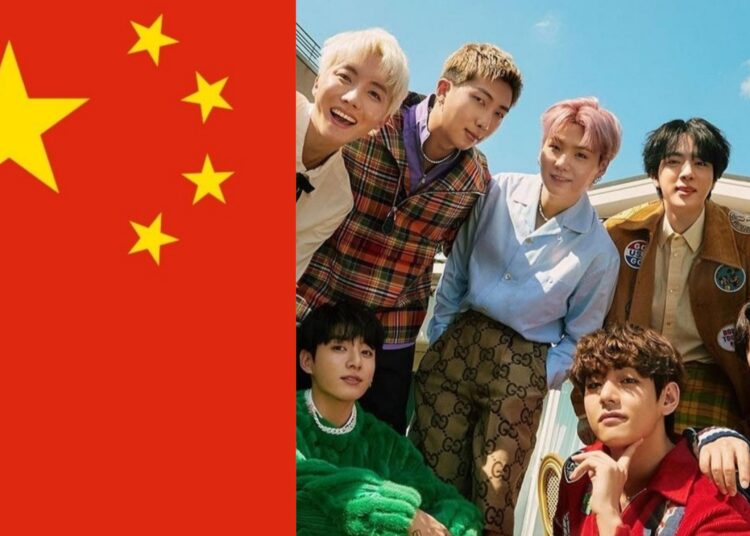 China banned some reality talent shows and ordered broadcasters not to promote “effeminate” men, in its latest attempt to reshape the culture of the country’s great entertainment industry that authorities believe is misleading young people. .

“Broadcasters and television are prohibited from projecting idol-making programs or variety shows and reality shows featuring the children of celebrities,” declared China’s broadcast regulator, the National Radio and Television Administration, when it announced the new regulations on Thursday.

The regulator also ordered broadcasters to refrain from presenting “abnormal aesthetics,” such as “effeminate” men, “vulgar influencers,” the inflated salary of stars, and artists with “outdated morals.”

According to the regulator, the new rules are designed to rectify the alleged problems of violation of law and morality and chaos in the “fan community”, and to create an atmosphere of love for the party and the country, and respect for morals and art.

Idol-making shows have become a huge phenomenon in China in recent years, in part because the producers of these shows have introduced innovative formats from countries like South Korea and Great Britain, and have successfully located them in the Chinese market.

Programs such as Youth with You and Produce 101 have introduced the public to the creation of boy and girl groups, transforming the trainees, mostly young Chinese of common origins, into celebrities through fierce competition and strict mentoring.

According to the top 10 data compiled by the Maoyan Research Institute, an offshoot of a local entertainment service provider, Produce 101 is one of the most watched shows in China.

The research found that up to 52% of Produce 101’s audience was born after the 1990s, adding that young male viewers also paid great attention to this talent show, which produces girl groups.

Are these regulations affecting the Kpop industry?

The answer is a resounding yes.

The Chinese regime is looking for all the alternatives to avoid the massive spread that the genre is having in its region, and with this, it would not surprise that in the future it announces the total ban of the genre in its territory, which would mean a great problem for hundreds of artists who have large fanbases in the Asian giant.

The Chinese regime has cataloged Kpop as “an incentive for men to become effeminate”, and in these affirmations there falls a great series of restrictions in which China would be beginning to apply in the coming months with the sole purpose of reshaping the entertainment industry in its territory.

Do you think that the measures that China is taking regarding reality shows and the Kpop industry are appropriate?